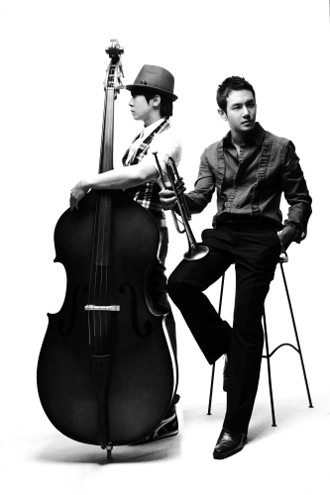 Vocalist duo Fly to the Sky - Hwan-hee and Brian - unveiled a sneak peek of their soon-to-be-released ninth album through their agency’s official YouTube channel yesterday.

The video, which lasts about three minutes, includes highlights of all 10 tracks listed on the album.

Its lead-off track “You You You” featured the strong R&B sounds the duo are famous for.

Composer Park Chang-hyun, who worked with the team on its fourth album, “Missing You,” collaborated on the track “Your Voice” with acclaimed lyricist Kim Se-jin. Singers Jeong Yeop from Browneyed Soul and Eco Bridge also participated in the making of the album.

Fly to the Sky will release their much-anticipated ninth album today at noon and plan to hold a showcase at Olympic Park’s K-Art Hall, southeastern Seoul, at 8 p.m.