It’s all about timing

It’s all about timing 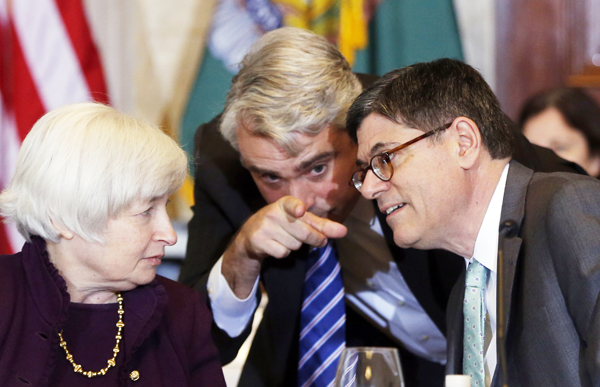 The United States continues to wind down its unconventional and historic quantitative easing program. The exit or shift away from expansionary monetary policy will likely remain intact. No longer are there hoopla and panic over the end of easy liquidity. But we must not let our guard down because U.S. monetary policy - along with the slowing Chinese economy - is among the most influential variables for the world economy.

Quantitative easing was devised to contain the spread of ills from a Wall Street meltdown following the Lehman Brothers’ insolvency in September 2008 and possibly avert the biggest recession since the Great Depression. The U.S. Federal Reserve cut its benchmark interest rate to near zero and began a multibillion-dollar bond purchasing program to artificially boost liquidity. Through three tranches over the subsequent five years, the Fed’s balance sheet has more than quadrupled to $3.8 trillion. But printing money to finance massive bond purchases and zero-interest rates cannot go on forever.

In December, the Fed announced it would scale back its monthly bond purchase of $85 billion. The tapering program - monthly cuts of $10 billion - has been implemented four times so far and may be fully wound down by October. Once it ends its asset-buying program, the Fed would have to redeem the liquidity by raising the benchmark interest rate. The Fed is not likely to immediately move to increase the rate as soon as its balance sheet becomes stable again. But if the U.S. economy continues growing at a modest pace, the move could take place sometime next year.

What effect will a fundamental shift to a tightening of U.S. monetary policy have on the global economy? We can get some idea from the response to the Fed’s first hint that it might soon start tapering its quantitative easing program. In May 2013 when then-Federal Reserve Chairman Ben Bernanke suggested that U.S. quantitative easing would come to an end depending on the pace of recovery, financial markets across the world panicked and suffered turbulence. There was talk of a financial crisis triggered in emerging markets in August as foreign capital rushed out of India and Indonesia, wreaking havoc on their capital markets. Argentina and Turkey emerged in January as markets at risk. Any change in U.S. rate policy could bring about similar shock effects, mainly in emerging and weak markets. The same procedures will pan out: world markets will be rocked and send chills to emerging markets. Some may even suffer liquidity crises if the United States raises its key rate.

Korean markets stayed relatively calm and untouched by the specter of U.S. tapering.

A change in rate policy also might not have much of an effect here. But the Bank of Korea won’t be able to ignore a shift in the monetary position of the world’s most influential central bank. Market rates will likely follow upward movements in global debt, which could pressure the central bank to make a rate move to stay in sync with the market and global trends. Some fear the surge in rates will be big.

Rising market rates would increase the financial burden on households and companies alike. The colossal amount of household debt has been identified as a major threat to growth, but was contained because borrowing remained cheap. If rates go up, lenders and low-income borrowers could fall behind in their obligations. More and more companies won’t be able to pay interest on their loans with their operating profits. As of 2013, 29.1 percent of large companies and 39.5 percent of small and midsize companies could not fully service their debt with earnings. Insolvency of households and corporate borrowers could hurt the financial sector. If the banking sector is squeezed, it will reduce lending, hampering economic activity. Higher interest rates also would deter companies from new investment.

To mitigate these risks, monetary and financial authorities should send clear signs in advance. The shock will become greater if no one believes higher interest rates will happen in the near future. Households and companies need time to brace themselves. They must be warned well in advance so that they won’t suddenly find themselves in trouble. Authorities must remember that timing is crucial in monetary policy.

*The author is the president of Industrial Bank of Korea.