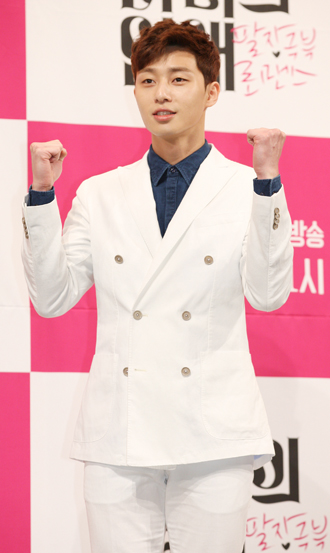 Newbie actor Park Seo-joon, who is currently playing the love interest of Uhm Jung-hwa in the tvN drama “A Witch’s Love,” might make a big-screen debut in Beak Woon-hak’s new movie “Chronicles of Evil,” according to local reports yesterday.

The thriller is about a chief detective, played by experienced actor Son Hyun-joo, who becomes involved in a murder case just before he is supposed to get a promotion at work. Park was offered the role of a junior detective who looks up to Son.

Other cast members of the movie include Ma Dong-suk and Daniel Choi.

As for Park, 25, the public began to acknowledge him after he played a supporting role in the SBS drama “One Warm Word.”

He then became the nation’s heartthrob through his role in the recent rom-com drama with Uhm.

“Chronicles of Evil” will start filming in June.