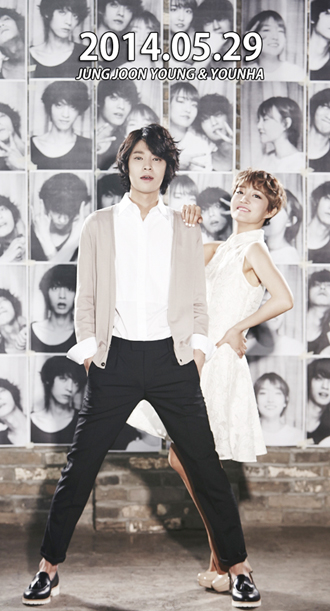 Singers Jung Joon-young from “Super Star K Season 4” and rock balladeer Youn-ha will release a duet on May 29, according to local media reports yesterday.

Their soon-to-be-released song, which doesn’t have a name yet, is known to be a rock-influenced track as both singers share an interest in the genre.

The two have reportedly spent a lot of time together shaping the song, and for the past three months, they have devoted themselves solely to making the album.

“[During their photo shoot for a teaser image,] Jung, who posed by making funny gestures and Youn-ha, who seemed more introverted, seemed as if they had long been best friends,” said Jung’s agency CJ E&M.