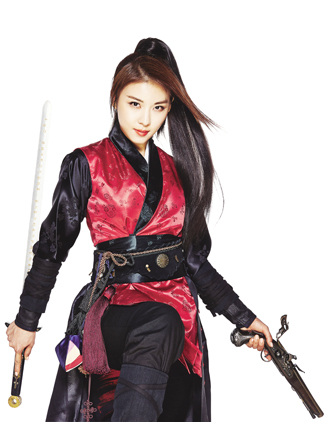 Actress Ha Ji-won may be the next among Korean actors to hit Hollywood, according to local reports yesterday.

Industry insiders revealed that Ha left for Los Angeles on May 14 to attend a meeting with Jeffrey Godsick, president of major Hollywood studio 20th Century Fox.

They reportedly discussed Ha’s debut in Hollywood and will hold another meeting when the actress’s Korean film “Chronicle of a Blood Merchant” finishes shooting.

“It is true that Ha met with people from 20th Century Fox,” said the actress’s agency. “However, we cannot reveal anything more.”

One industry insider said, “Ha is expected to get positive feedback on the world stage since she has the ability to pull off fierce action scenes in addition to her good acting skills.”

Ha starts filming for “Chronicle of a Blood Merchant,” directed by actor Ha Jung-woo, next month.