Kumho and Yokohama will cooperate on R&D

Kumho and Yokohama will cooperate on R&D 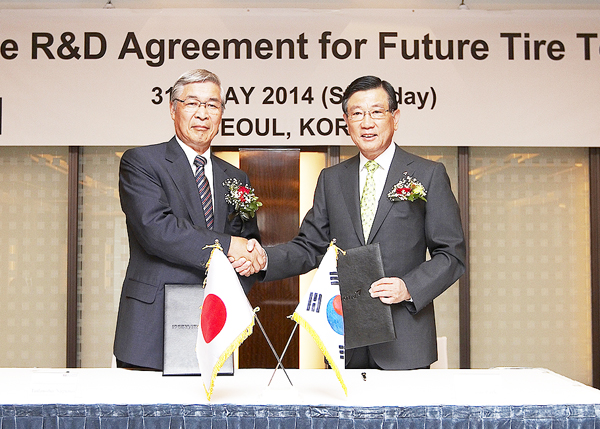 Kumho expects the agreement will increase its R&D spending to 5 percent of sales from the current 2 percent.

“We see fierce competition ahead due to the enhancement of technologies at each of the tire companies competing in the global market,” said Kim Chang-kyu, president and CEO of Kumho Tire. “This strategic technology partnership, as well as our efforts to strengthen the capacity of our research institutes at home and abroad and hire more workers, will help us to continuously maintain and further develop our status as a technology powerhouse.”