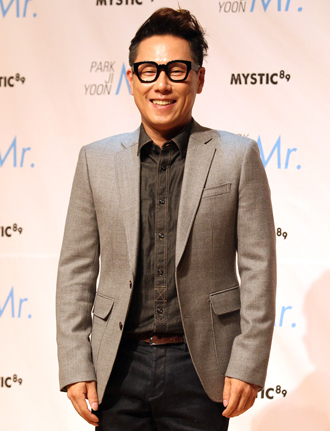 Singer Yoon Jong-shin may become one of the judges on the sixth season of Mnet’s audition program “Super Star K,” according local reports yesterday.

“Yoon is thinking about joining the program,” said a member of the production team.

The “Super Star K” series, modeled on U.S. audition program “American Idol,” launched in 2009 with Yoon Jong-shin, Lee Hyo-ri, Yang Hyun-suk and Lee Seung-cheol on the judges panel. As the first show of its kind in the reality business, the program gained immense popularity, making way for countless other audition programs in Korea.

However, in its subsequent series, the program became the target of public criticism for its judging standard and unnecessary deployment of emotional plots that hindered the flow of the actual competition.

As Yoon participated in every season except the fourth one, he became a symbolic figure for the program, which makes his decision whether or not to appear in the next season all the more vital for the show’s future.

“As Yoon is a living witness of the program, it is certain that we prefer him as a judge,” the production team said.