Giving a clear signal to the market

Giving a clear signal to the market 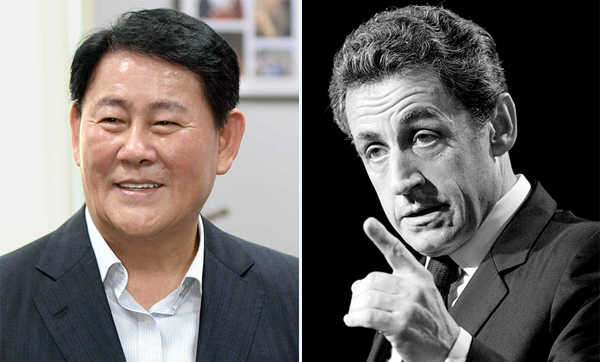 The financial crisis in Europe sounded an alarm bell in France. French private banks were holding treasury bonds issued by Portugal, Italy, Greece and Spain, referred to as PIGS. The banks expected the European Central Bank (ECB) to handle the crisis. They hoped that the PIGS would issue treasury bonds for the ECB to buy in the primary market. Then, the price of bonds from the PIGS nations would stabilize and the French banks could avoid the risk of bankruptcy.

But the banks were wrong. The ECB was bound by the No Bailout clause of the Lisbon Treaty, which prohibits it from purchasing the treasury bonds of the Eurozone member countries directly. France was in trouble. The French government could assist private banks using public funds but the French economy was not stable enough as the financial crisis rapidly spread across Europe in 2011. President Nicholas Sarkozy, pictured left, came up with a solution by having the ECB offer long-term loans to civilian banks. The Sarkozy Trade became known as the long-term refinancing operation.

Psychology affects economy so economic policy is a science of timing. One must make timely decisions. Sarkozy gave a clear signal to the market that no private bank would go bankrupt.

The situation in Europe is a great example for the Korean government’s new economic team. Choi Kyung-hwan has been nominated vice prime minister for economy and finance and he must not forget the February disaster. The government packaged a policy to impose tax on rent income as a “lease market advancement program.” Of course, an income is subject to tax. But the problem was the timing. The Park Geun-hye administration’s welfare policies were kicking in and tax revenue should grow in order to expand welfare spending. The motivation of the “advancement” was to raise tax revenue.

The real estate market lost its direction again. The administration had been giving signs of an economic boost, and then switched to give opposing signals. Naturally, the real estate market froze again. Belated measures were announced to rekindle market psychology but it was not enough. The government was flustered by the market’s reaction and took two supplementary measures. On June 13, the government agreed on a measure to delay taxation on lease income by one year and to pay the tax starting in 2018. It is frustrating that the government made an announcement so hastily in February. The Sarkozy trade solution was only found after desperate searching. Korea’s new economic team should be desperate as well. The engine of the Korean economy is slowly cooling down and we have high expectations for the Choi Kyung-hwan Trade.

*The author is a new media editor of the JoongAng Ilbo.