Recalls are the new normal for car industry

Recalls are the new normal for car industry 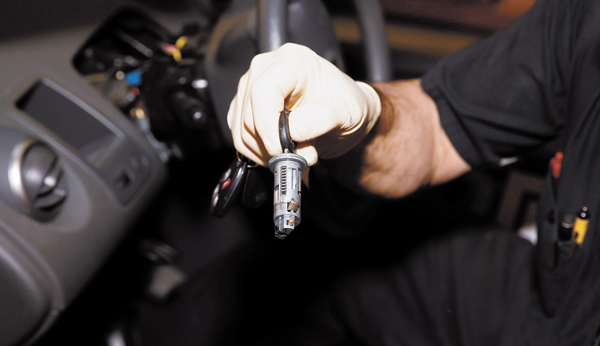 An employee of a General Motors dealership in Michigan shows an igniotion swith for a Chevrolet Cobalt. A flaw in the part caused the automaker to recall hundreds of thousands of cars. [BLOOMBERG]

According to the Korea International Trade Association (KITA) on Sunday, the number of cars recalled in the first five months of the year in the United States, China, Japan and Korea reached more than 2.19 million, an 85.5 percent increase over the same period a year earlier.

In March, Toyota announced the recall of 6.39 million cars due to a variety of problems, and in April, Ford recalled 1.4 million mostly for problems with power steering.

Each recall in the United States from January through May involved an average of 228,000 cars, almost triple the number per recall during the same period a year earlier.

According to experts, the growing compatibility of car components used by different carmakers, which is supposed to be more efficient, is contributing to the growing number of recalls.

The Chevrolet Cobalt and Pontiac G5 use the same ignition switch, and because of that General Motors recalled more than 750,000 vehicles worldwide when it found a problem with the part in February. That 57-cent component sent a shockwave through the American auto giant.

“The recent large recalls by many automakers seem to be interrelated with their efforts to secure component suppliers beyond the countries where they are based,” said Moon Byung-gi, a researcher at KITA’s Institute for International Trade.

Computerization of cars also is part of the problem. There were fewer than 10 electronic control units (ECUs) per car in the 1980s, and today there are more than 80.

Forty percent of the cost of manufacturing the Genesis, a premium sedan from Hyundai Motor, is related to software. J.D. Power, a U.S. car quality evaluator, said most of the complaints during tests of new cars involve electronic components.

“Due to enhanced standards with regard to the environment and safety, there is a growing number of areas carmakers have to look at, but fierce competition is forcing them to shorten development periods and leads to such problems,” said Lee Woo-kwang, a researcher at the Korea-Japan Cooperation Foundation for Industry and Technology.

Toyota’s strategy of turning a recall into a chance to advertise the company’s sense of responsibility also has been noticed by other carmakers, analysts say. Its massive recall in 2010 dragged down its market share in the United States from 20 percent to 15 percent.

However, voluntary recalls as a percentage of all recalls in the United States rose from 53 percent in 2011 to 70 percent last year.