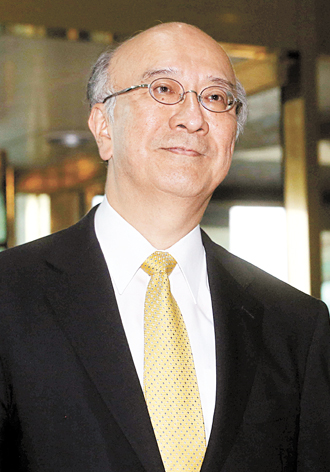 On Friday, a panel commissioned by the government of Shinzo Abe concluded that there had been secret consultations between Seoul and Tokyo ahead of the issuing of the landmark apology by Chief Cabinet Secretary Yohei Kono in August 1993, which admitted the Japanese military’s involvement in the coercion and mobilization of women into sexual slavery.

It said Korea had been involved in fine-tuning the wording of the statement, and how it described coercion of the women and the Japanese military’s involvement in recruiting them and transferring them to military brothels, or “comfort stations.”

The suggestion was that the Kono Statement was not based on historical fact but was a diplomatic nicety toward Korea by the government of Kiichi Miyazawa.

Cho expressed disappointment that at the same time Korea and Japan are trying to resolve the comfort women issue through ongoing monthly director-general level negotiations, “the Japanese government through its unnecessary and meaningless act of reviewing the Kono Statement is rather contributing to an environment not conducive to negotiation.”

Korea has maintained that the Kono Statement followed Japan’s own historical investigation into the issue.

A Korean official added that the consultations between Japan and Korea prior to the Kono Statement took place on the insistence of the Japanese side.

“Japan had emphasized that it will not be desirable to release the statement without the Korean perspective,” said the official. Korea finally consented, he said, for the sake of fact-checking.

Last week’s reports guaranteed to harm bilateral relations, not just because of the Abe’s government’s attitude toward Japan’s past misdeeds but its willingness to publicly reveal diplomatic negotiations.

The panel’s study also ignored the testimony of 16 Korean women forced into sexual slavery, which were supposed to have been the basis for the Kono Statement. “These testimonies should speak for themselves,” said the official.

“After this review, the Abe government will not be able to deny that it had the intention of diminishing the Kono Statement,” the official added. “The essence of the comfort women issue is already recognized by the international community.”

The committee of five Japanese legal, historical and media experts led by lawyer, a former prosecutor general, unveiled on Friday its report, “The Details of Exchanges Between Japan and the Republic of Korean Regarding the Comfort Women Issue, from the Drafting of the Kono Statement to the Asian Women’s Fund,” after two months of investigation.

Japan’s Ministry of Foreign Affairs released on its website an English version of the report on the same day, a move that is seen in Korea as Tokyo’s attempt to advertise its position to the international community.

Abe has made remarks that seemed to directly challenge the Kono Statement in the past, but in March he announced that he plans to stand by the Kono Statement. Yet that was considered a concession made so that President Park Geun-hye would agree to a trilateral summit in The Hague later that month with Washington and Tokyo. The “review” of the statement is considered a stealthy way of discrediting it.

Washington said it took note of Chief Cabinet Secretary Suga’s claim Friday “that the position of the Abe government is to uphold the Kono Statement.”