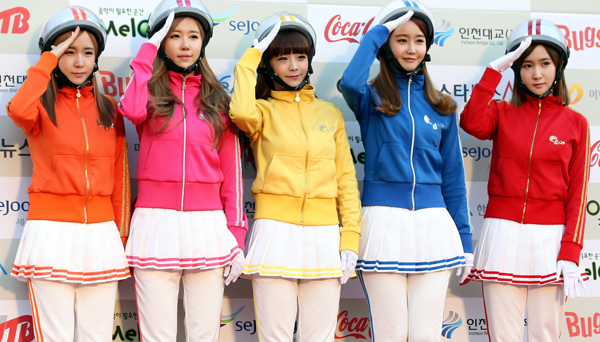 International pop star Lady Gaga showered praise on Korean girl group Crayon Pop after they opened for her on her North America tour “artRAVE: The ARTPOP Ball,” according to local reports yesterday.

“Our newest opener CRAYON POP is on RIGHT NOW AND SO CUTE! K-pop in Milwaukee,” wrote Gaga on her Twitter account yesterday as the five members of the group took to the stage for a set that lasted about 30 minutes. Local staff at the concert said that Gaga cheered on the girls even when they were rehearsing and said that she was even more satisfied after seeing the girls perform in person. “How can I not love them?” Gaga reportedly said watching the girls’ quirky moves to their song “Bar Bar Bar.”

Following the Milwaukee concert, Crayon Pop will open for Gaga in 12 more concerts, including in Atlantic City, Boston and Montreal.