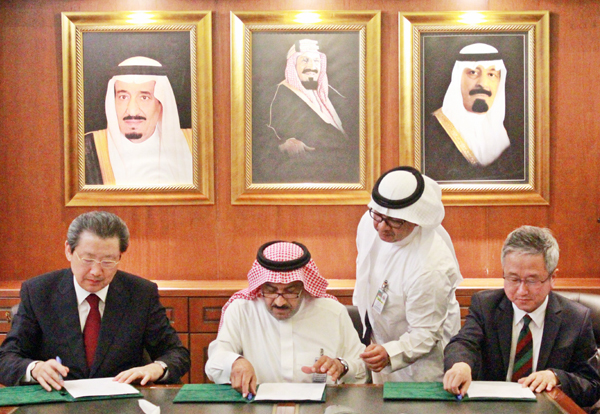 The mobile carrier and the hospital won a joint contract with Saudi Arabia’s Ministry of National Guard to establish hospital information system software worth 70 billion won ($69 million) at six ministry hospitals over the next two years.

A hospital information system is a comprehensive, integrated information system designed to manage all aspects of a hospital’s operation, including medical, administrative and financial. It is the first time local IT software for hospital management is to be exported. Saudi Arabia has well-established medical facilities, but its operating technology and the capacity of medical personnel is lacking.

The country has been using hospital IT systems from U.S. or European medical institutions, but has now turned to Korea. This could open the Saudi market for Korean hospitals to transfer medical staff for training and IT systems.The consortium also agreed to try exporting the hospital information system throughout the Middle East by establishing a joint venture with Saudi Arabia’s Ministry of National Guard. The ministry runs social welfare and health facilities for member of the National Guard and their families.

Through the joint venture, it is hoping to generate more than 300 billion won of additional revenue over the next five years.

According to the Korea Trade-Investment Promotion Corporation (Kotra), exports of hospital software could generate 700 billion won in revenue over the next five years, when including the supply of related hardware and other equipment.