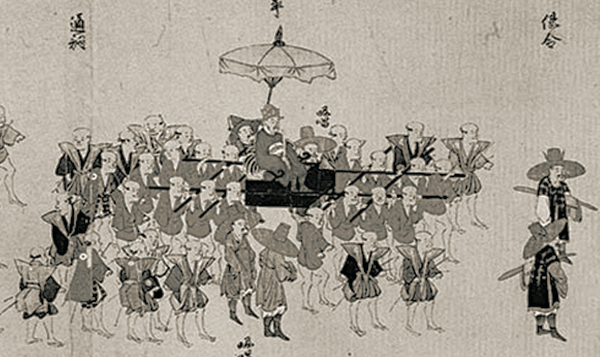 On June 16, an inauguration ceremony was held for the committee to promote Joseon Tongsinsa as a UNESCO Memory of the World at the Commodore Hotel, Busan. I was a member of the committee, so I visited Busan for a day trip. It’s been quite a while since the Busan Cultural Foundation and local scholars and cultural leaders hosted Joseon Tongsinsa-related events with Japan. The campaign to register it as a UNESCO Memory of the World was officially proposed in May 2012, and we were hoping the Korean and Japanese government would take the initiative, just as they worked together for the 2002 Korea-Japan World Cup. However, since the relationship is completely iced over, we couldn’t expect any help from the governments. The civilians had to step up. On May 21, a Japanese committee was inaugurated, and a month later, a Korean counterpart was formed.

This is very meaningful. University of Seoul professor and Korean National Commission for UNESCO Subcommittee Chairman Chung Jae-jeong said at the event, “It is significant that the region is leading the center, and the civilians are moving the government.” The committee plans to submit an application in March 2016 after holding conferences and reviewing a list of documents and articles to be registered.

Next year marks the 50th anniversary of the normalization of Korea-Japan relations. Most countries would be busy planning celebratory events to mark the occasion. But an eerie void exists between Korea and Japan. Deep in that void is the anger Koreans feel toward Japan and Japan’s frustration with Koreans. The Japanese mind-set is increasingly, “We’ve done enough” and “We don’t care.” Four days after the inauguration in Busan, Tokyo announced its report on the so-called reexamination of the Kono Statement from 1993. Koreans find the reexamination itself, not to mention the contents of the report, ridiculous. A Japanese official argued that the motivation for the reexamination was to prove that Japan did not give into Korean pressure at the time, while many Japanese criticize the statement for lacking grounds. Japanese rightists may buy the explanation, but it cannot convince Koreans.

The 21-page report and the news conference by the foreign minister, cabinet minister, assistant cabinet minister and head of the reexamination team can be summed up as saying there was no forced mobilization of sex slaves by the Japanese military, the comfort women’s testimonies were not entirely reliable, the statement was made after consultation with Korea, Japan showed its sincerity by setting up the Asian Women’s Fund but Korea has changed its position. And yet Tokyo vows not to revise the Kono Statement and says it will continue to advocate its position to the international community. The report states that a Korean group for the victims had mentioned the real name of some comfort women who expressed an intention to receive money from the fund and pressured them not to take the dirty money because taking the money would mean acknowledging prostitution. Dongseo University professor Jo e-young said that it is hard to understand that an official document contains such information. However, the Abe administration has closed its ears and is not willing to listen to Korea. The resolution of the comfort women issue has become an even more complicated challenge now. Those knowledgeable of and friendly towards Korea, who played roles as buffers between the two countries, are losing their footholds.

Such emotional discord between the two countries is aggravating but not new. Let’s look at the past. In November 1598, the seven-year war with Japan ended. Power had shifted from Hideyoshi Toyotomi to Ieyasu Tokugawa. After several smaller delegations, Joseon resumed sending official Tongsinsa to Japan in 1636, 38 years after the invasion. Many Koreans at the time, and their parents’ generation, experienced the invasion. What would the Tongsinsa members feel as they went to Japan? The 18th-century Joseon envoy Jo Eom said, “We all have a grudge over Japan’s invasion.” The members felt ashamed and frustrated. But the Qing Dynasty in Manchuria was preying on Joseon. The Korean Peninsula suffered from two invasions in 1627 and 1636, and Joseon had to resume relations with Japan in order to seek stability.

This is where diplomacy comes in. It is easy to please the public. But such officials and politicians would not take responsibility. The one who stands on the front line and shouts out “The enemies are there!” is the enemy himself. The Japanese government officially announced that from now on it will exercise its so-called right of collective self defense, and Beijing held a section chief-level meeting with North Korea. Chinese President Xi Jinping is making a state visit to Korea today. Korean diplomacy is at a juncture as critical as it was at the time of the Japanese invasion.

*The author is the CEO of JoongAng Books.