Where is Korea’s economy heading?

Where is Korea’s economy heading? 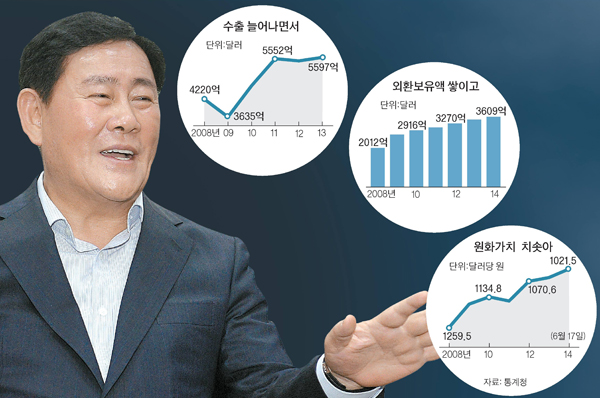 Li Ka-shing, 86, is the richest person in Asia with a net worth of nearly $32.6 billion. In the world of business, he is called the “god of money” and “god of commerce.” He is well respected for having donated a third of his wealth to society. He divided his businesses between his two sons in 2012, preventing the succession rivalry often seen in families of tycoons. You would think he is a man free from worries, but he has his share of agony.

Last month, Li gave the commencement address at China’s Shantou University, which he founded in his home town in China’s Guangdong province. He said widening inequality keeps him awake at night. “The howl of rage from polarization and the crippling cost of welfare dependence is a toxic cocktail commingled to stall growth and foster discontent.” He warned that if the issue is left unresolved, it could become “the new normal” and urged the Chinese government to introduce a dynamic and flexible policy to redistribute wealth.

The tycoon is looking at the big picture. A minnow doesn’t care about the size of the pond. However, a whale could be in danger if the water quality deteriorates or the pond dries up. The whale instinctively knows the pond should be clean to keep it healthy. If companies are the fish, the national and household economy is the pond. Bill Gates and Warren Buffett, who openly criticize “affluenza,” are the smart whales.

Lately, a new species of whales has evolved: international organizations specializing in economies. The Organization for Economic Cooperation and Development published a report on “Income Distribution and Poverty” arguing that income inequality in the developed world increased over the past three decades and tax reform is necessary. Tax breaks for the rich should be abolished and taxation of real estate and financial assets reinforced. The Asian Development Bank also pointed out that aggravated inequality in Asia could be an obstacle to growth. These organizations used to emphasize growth and efficiency. Recent International Monetary Fund reports openly warn that focusing on growth and neglecting inequality would eventually undermine the sustainability of growth. It is an unlikely view that pressured Korea to implement restructuring and retrenchment in the aftermath of the foreign currency crisis.

Is Korea free from the warning? No one can confidently say no. Gaps between household and corporate economies, between exports and domestic demand, and between large conglomerates and small businesses are growing ever larger. Polarization within industries and households also is becoming more acute. These developments, however, seem to go unacknowledged by government policies. Tax increases have become taboo, and economic democratization turns out to be an empty campaign promise.

Fortunately, finance minister nominee Choi Kyung-hwan’s latest remarks show he is aware of inequality and imbalance. Hopefully, the new economic team will propose specific ideas and policies in response to these issues. If not, the fate of an economy that has lost balance may be similar to that of the Sewol ferry.