Kim Jong-un reported to have a limp

Kim Jong-un reported to have a limp 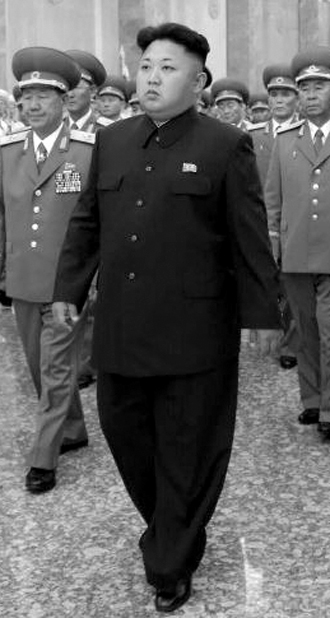 Kim Jong-un visibly limps as he visits the Kumsusan Palace of the Sun to mark the 20th anniversary of the death of Kim Il Sung.[Rodong Sinmun]

TOKYO - As North Korea begins a 10-day period of mourning to mark the 20th anniversary of the death of its founding leader Kim Il Sung, foreign observers are paying closer attention to his grandson, who was shown on state media walking to his seat for a memorial event with a noticeable limp.

Kim Jong-un seemed to have somehow hurt his leg enough to require a slight, but visible, limp as he marched across the stage Tuesday to assume his position of honor. He limped again as he left the room when the event was over.

Although the limp appeared relatively minor, it is unusual for the North’s state-run media to display images of its leaders that do not show them in peak form.