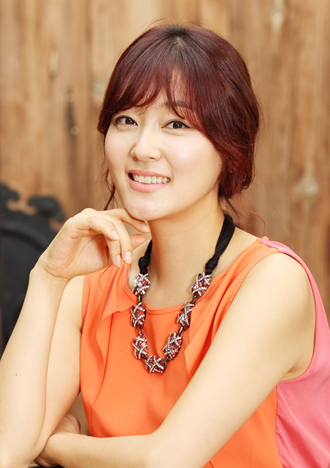 Korean actress Park Jin-hee is soon to become a mother, according to local reports yesterday.

Park’s close associates said that Park has recently found out about her four-month pregnancy after getting married with her fiancé in May and is now focusing on paternal education. It is said that she didn’t want to make a big fuss out of it since the whole nation was under deep grief because of the Sewol ferry disaster when she found out about the news.

“Even during her wedding, we could see that she wanted to keep everything very low key,” said one associate. “I think it reflects her personality. Also she felt reluctant to announce the news about her getting pregnant, saying that she is not the only one having a baby.”

Previously on May 11, Park married a lawyer five years her junior who works at an oversea law firm. The due date for Park’s baby is around December.