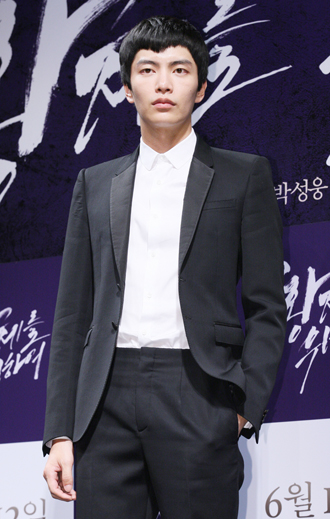 Actor Lee Min-ki of “For the Emperor,” which came out in theaters last month, will soon enlist in the military.

“His enlistment date is coming soon and it is true that the date will be sometime in August,” an official at Lee’s agency told Ilgan Sports, an affiliate of the Korea JoongAng Daily.

The comment came after rumors began circulating that he would start his mandatory military service on Aug. 4. However, the official at the agency strongly denied that Aug. 4 was the set date.

The actor, who turned 29 this year, is likely to start his duty as soon as he completes filming the new movie “Shoot My Heart.”

His agency has tried to prevent his enlistment from being reported in the media because he is going to be serving as a civil assistant at a public office rather than working as a soldier at a military base. But after the enlistment date rumors started, it became hard to keep quiet.

The actor, who debuted in 2005, has appeared in many movies including the 2013 film “Very Ordinary Couple.”