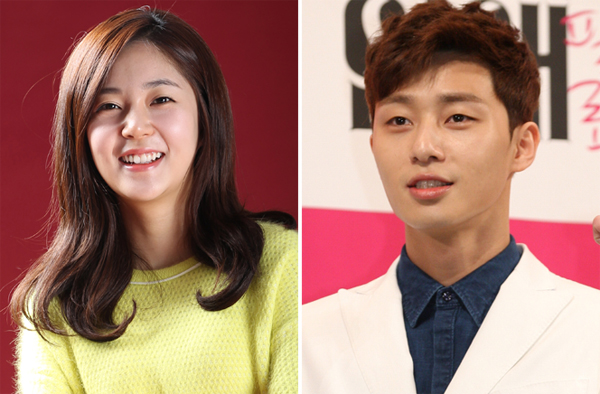 Actor Park Seo-joon, of the tvN drama “A Witch’s Love,” and actress Baek Jin-hee, who currently stars in the MBC sitcom “High Kick,” are not in a romantic relationship, the stars’ agencies said yesterday, refuting local reports that the two were linked.

“It is true that they have become good friends, as they filmed [the miniseries ‘Pots of Gold’] together for some time,” said Keyeast, an agency for Park.

“Since Park is currently abroad with a local shooting schedule, it might take a little time to confirm.”

After rumors broke out, Baek’s agency, Snow Ball Entertainment, said yesterday that the 24-year-old actress confirmed that she and Park were, in fact, “not dating.”

Last September, the pair appeared as a married couple on the 50-episode MBC weekend drama series “Pots of Gold.”

The local monthly magazine “Woman Sense” reportedly published an article in its August edition stating that the stars had been dating over the year. That story quickly spread, going viral across the Internet.