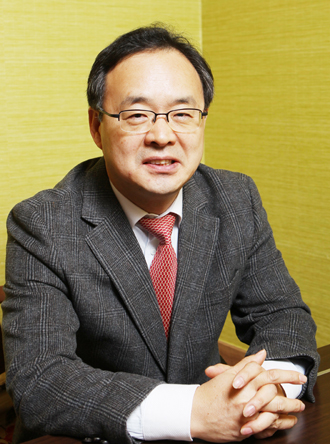 The Korea Football Association yesterday appointed a new chief for its technical committee as part of its promise to reform Korean football, which has been heavily criticized by fans after the national team’s disappointing first-round failure in the 2014 Brazil World Cup.

The KFA yesterday announced that it has appointed Lee Yong-soo, 54, a KBS football analyst and a Sejong University professor, to lead its technical committee. The role of the committee, which is supposed to provide football tactics to the national team, was noticeably nominal after the team struggled against all of its World Cup Group H competitors: Russia, Algeria and Belgium. Many people have strongly suggested that the KFA develop the technical committee into an organization that can help draw the bigger picture for the future of Korean football and the first step in the right direction was replacing its chief, Hwangbo Kwan.

The best part for Lee is that he has done this job before. He led the committee in the 2002 Korea-Japan World Cup, in which Korea finished fourth, the best World Cup outcome in the history of Korean football. Among KFA officials, he was considered one of the unsung heroes of the 2002 Cup.

“We judged that Lee is the person who can improve the committee’s poor status and can meet football fans’ expectations,” the KFA said. “We will delegate more power to the committee so it can work independently and be operated more smoothly.”

The first job that Lee is predicted to take on is the most important one - finding a new coach for the Taegeuk Warriors. There have been two different opinions on the matter. Some said Korea should bring in someone who has worked in Europe and knows about world football trends, while others say the team should be managed by a Korean who knows the country’s amateurs and the K-League Classic well. However, sources close to Lee said he likes the idea of hiring a foreign coach rather than a Korean one since he worries that Korea will fall further behind in world football.

“I thought for a long time whether I should take this job or not,” Lee said. “But I decided to take the job because someone really has to step up for Korean football. My first priority is, of course, finding an appropriate coach for the national team. But it is a bit too early to say that the committee will choose someone from either overseas or Korea.”

Lee will hold a briefing on Monday to present his vision for the committee and his plan for a new coach.

Over the past week, tons of rumors predicting who Korea’s new coach will be have been reported by local and foreign media outlets. Some foreign media reported earlier this week that Neil Lennon (former Celtic FC coach), Frank Rijkaard (former Saudi Arabia national team coach), Luciano Spalletti (former AS Roma coach) and Martin Jol (former Fulham coach) are candidates to lead the national team, but the KFA denied the rumors.

“There were six to seven coaches who sent their resumes to us, but none of those who were reported by media outlets are among them and are not on our own [candidate] list,” the organization said.