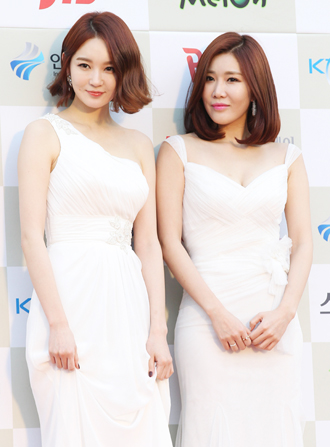 After switching agencies, female duo Davichi decided to signal their new start with a song for the soundtrack of the SBS drama “It’s Okay, That’s Love.”

Ilgan Sports, an affiliate of the Korea JoongAng Daily, reported yesterday that the duo recorded a piece for the series, which debuted on Wednesday. The two already completed recording a single, but its title has not been released yet. Their new song is set to preview on the drama soon, as well as on other local music providers.

The girls announced last week that they signed a new and exclusive management contract with CJ E&M. The company also produces “It’s Okay, That’s Love.” It previously said that it would respect the ideas the duo have concerning their work and will fully support them, promoting their music traditionally and on television.