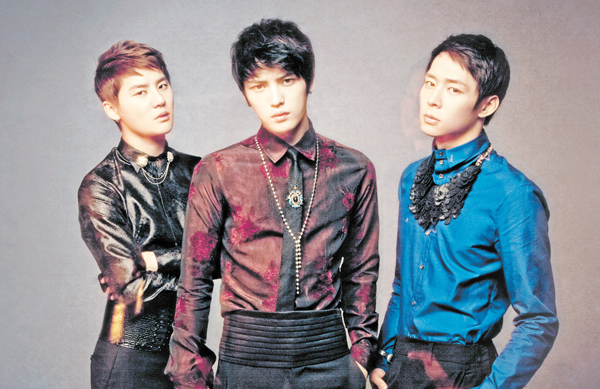 JYJ’s new album will include a song created by American singer Chris Brown, according to the group’s agency CJes Entertainment.

Brown’s song “Valentine” will be included on the trio’s second regular album titled “Just Us,” to be released here on Tuesday.

JYJ traveled to Los Angeles last summer to record at a local studio there, their agency said. “The song is addicting, and it really makes the boy’s vocal stylings stand out,” CJeS Entertainment said.

The group’s album is the first in three years, and many fans have long been waiting to hear their new material.

Prior to the group’s comeback, the agency aired a commercial to promote the group on television. The video, which has aired since Monday, cost the agency 1 billion won ($974,470) for a three-week run.