Ladies’ Code gets a makeover

Ladies’ Code gets a makeover 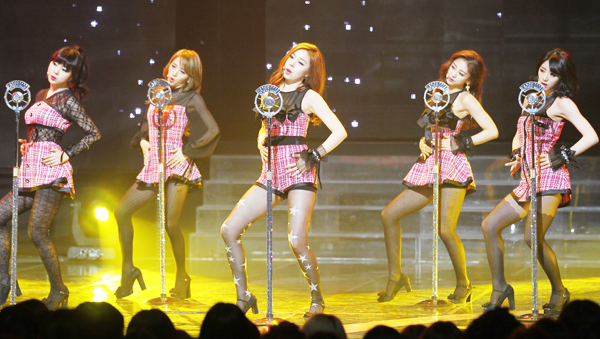 Girl group Ladies’ Code is returning to the music scene six months after it released its digital EP “So Wonderful.”

The new EP will be released Aug. 8 and the group will also start making TV appearances.

Producer Super Changddai, who has been working with the five-member girl group since its debut, again contributed his talents to the record.

While the members previously showed a more glamorous side, this time they are going to show a more funky street style.

“The group will try to keep its color that it has developed in the past, but will show more cheerful side of it with funky music on the upcoming EP,” an official at the group’s agency, Polaris Entertainment, told local media.

“Some unique performances on stage will help fans not only enjoy music into their ears but also enjoy watching them through eyes,” Polaris added.