Joseon and Japan: a primer for us

Joseon and Japan: a primer for us 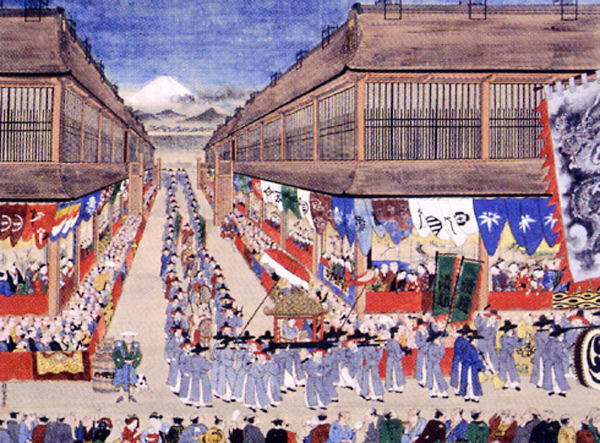 Citizens of Edo (now Tokyo) welcome a delegation of Joseon Tongsinsa in 1748.

The vicious cycle of distrust, confrontation and friction between Korea and Japan makes us look back at our history. While the present is not the past, history always provides a source of wisdom and reflection. The complicated relationship with a neighboring country that we cannot avoid or neglect is especially important. We may find the “realist” diplomacy of the past uncomfortable but instructive. Equivocal reactions to the compromises and negotiations may be the geopolitical fate of the Korean Peninsula, sandwiched between powers on the continent and on the ocean.

Let’s go back to the time after the Japanese invasions of 1592 to 1598. After seven years of invasions that humiliated Joseon’s sense of cultural superiority, King Seonjo initiated a peace agreement with the Tokugawa Ieyasu shogunate two years later. He had received a request for help from the Tsushima clan, whose survival depended on trade with Joseon. Tsushima informed him Tokugawa was not linked to Toyotomi Hideyoshi’s invasion of Joseon and that it wished to reconcile. The message was confirmed when Great Monk Samyeong met with Tokugawa in 1604. To normalize diplomatic relations, Joseon demanded two things of the Shogunate. First, Tokugawa was to send an official letter with the seal of the emperor of Japan. Also, the grave robbers of a Joseon king’s tomb were to be sent to Joseon for punishment to re-establish the dignity of the royal house.

Tsushima immediately sent back an official letter from Tokugawa and two grave robbers, but the letter had been forged by Tsushima, and Joseon knew it. The two grave robbers were in fact common criminals. King Seonjo commented that they were too young to be the original robbers. Notwithstanding those problems, Joseon considered its demands to have been met. The supposed grave robbers were executed and a delegation was sent to Japan in 1607, as described in “Joseon Tongsinsa” by Hiroshi Nakao, published by a Kangwon University professor, Sohn Seung-cheol. The diplomacy was based on real interests rather than pride. Joseon’s priority tasks were post-war reconstruction, restoration of the people’s livelihood, repatriation of abductees, and checking the Jurchens in the north. The diplomatic dealings resulted in a return to the peaceful and equal friendship with Japan that had been maintained by the Joseon Dynasty until the invasion, and it marked the beginning of a 200-year-long peace between Joseon and the Tokugawa Shogunate. The diplomacy of trust between Joseon and the shogunate through the Joseon Tongsinsa became the foundation of peace and cultural exchanges in East Asia.

Forty-nine years ago, Korea-Japan relations were restored after World War II. After 14 years of negotiation, a deal was struck with political intent but without meeting our demand for “liberation.” The normalization had many side effects. The basic treaty contained no apology for Japan’s colonial rule; it became a symbol of humiliating diplomacy. The Agreement on the Settlement of Problems concerning Properties and Claims had many problems. But friendship and cooperation were beneficial to both Korea and Japan. They contributed to ending the Cold War in Asia and the reconstruction and development of Korea.

Sixty-five years of a normalized Korea-Japan relationship is now in transition. It has lost its coordinates as the United States and Japan are relatively declining while China is rapidly emerging. The discord between Korea and Japan is largely due to a structural change in power relationships. Now Japan looks at the bilateral relationship in an Asian and global perspective, but Korea does not. Styles differ: Korea works from the bottom up and wants to build trust gradually, but Japan believes the opposite and values summit meetings. Korea and Japan are standing against each other over history and territory. Korea is wary of a Japanese reconciliation with China and its contacts with North Korea, while Japan is suspicious of Korea’s relationship with China. To the United States, an ally of both, Korea-Japan ties seem to be a relationship of two losers.

Time is on neither Korea’s nor Japan’s side. Before the end of the year, the first half-century of normalization will be marked, and a vision for new partnership should be established. If not, we may be swept up by the tsunami of history next year, which is also the 70th anniversary of the liberation of Korea. Prime Minister Abe is to give an address marking the 70th anniversary of the end of the war. Making the first move gives advantages - it is easier to set the agenda. For Korea, a creative diplomacy of reconciliation and cooperation with Japan means a creative economy. History gives high marks to the realistic diplomacy of our ancestors.