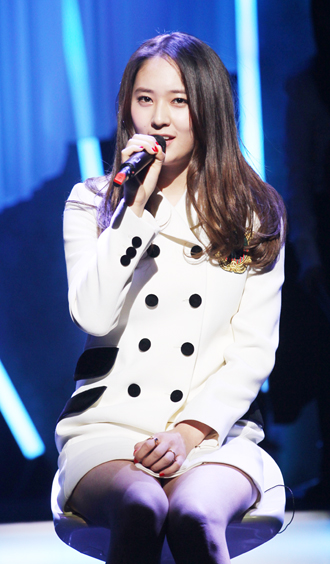 Krystal of girl group f(x) could be chosen as the lead character in an upcoming TV drama, according to local media reports yesterday.

She might play the role in SBS drama “My Lovely Girl,” a drama that has garnered much attention as it will be the small-screen comeback of singer and actor Rain after his military service discharge.

The singer-actor has released an album and performed on stage since completing his duty but has not yet participated in any television drama.

An official at SM C&C, an affiliate of Krystal’s agency SM Entertainment, was quoted saying that the singer has received an offer to join the drama and is deciding whether or not to take it.

Krystal has had many roles in TV shows since 2010, including the drama “The Heirs” that aired on broadcasting channel SBS.

The new drama is scheduled to air on Sept. 17, after the ongoing series “It’s Okay, That’s Love” with Zo In-sung and Gong Hyo-jin completes its run.