Choinomics is making waves, but will it fall flat?

Choinomics is making waves, but will it fall flat? 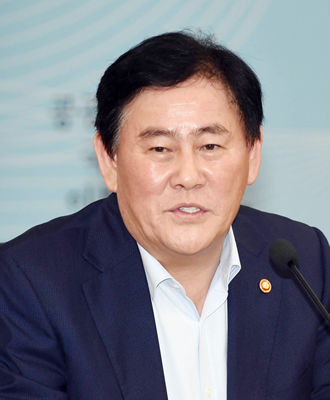 Three frenetic weeks into the job, Korea’s new Finance Minister Choi Kyung-hwan has made such a splash that his name already describes Seoul’s plans to rev-up faltering growth.

But while “Choinomics” is proving an effective quick fix, lifting markets and giving an unpopular government a boost, it falls short of a full-fledged manifesto similar to the “Abenomics” launched by Japanese Prime Minister Shinzo Abe in late 2012 to shake his country from its economic torpor.

Economists say bolder measures to reform structural weaknesses are needed to head-off what Choi warns is a serious threat that Asia’s fourth-largest economy could slide into Japan-style stagnation.

The veteran lawmaker’s plan combines extra spending with an easing of mortgage curbs to boost the property market, a proposal to tax excess corporate cash reserves, and not-so-subtle pressure on the central bank to ease interest rates.

It has already helped dispel some of the gloom hanging over the economy since the April 16 sinking of the Sewol ferry that killed more than 300 people.

Since Choi’s appointment, the benchmark stock index has risen 4 percent in anticipation of higher dividends, while bond prices are also up, reflecting rate cut bets. Some economists are also revising up their growth forecasts.

“He’s certainly made a splash since he came into office,” said Frederic Neumann, co-head of Asian economic research at HSBC in Hong Kong.

That is a relief for President Park Geun-hye, who brought in the 59-year-old close ally and ruling party floor leader in a cabinet reshuffle after the ferry tragedy.

Still missing, though, are long-term solutions to Korea’s problems: over reliance on manufacturing and exports at the expense of consumption and services, a rapidly aging population, inefficiencies in the labor and housing markets, high household debt, and the often-stifling dominance of giant conglomerates such as Hyundai, Samsung or LG.

Park in February spoke of plans to rebalance the economy, but has made little headway with follow-up. Choi’s tax plan, due to be detailed on Aug. 6, is the most ambitious part of his package. It aims to boost investment, wages and dividend payouts in order to stimulate consumption.

In theory, it would go some way toward promised rebalancing. The question is whether it can work.

Park Ju-gun, co-president of corporate watchdog CEO Score, said he doubted taxing reserves will force businesses to spend more: “There are many ways they can avoid doing this.”

Some economists also point out that Choi’s $40 billion stimulus, equivalent to 3 percent of the economy, is less than what meets the eye. Only about $11 billion of that is represented by fiscal spending and much of the rest is in the form of financial support from the central bank and state banks which may have a limited impact on growth.

Choi - nicknamed “the Bull” for his hard-charging style - is promising more, including an expansionary budget next year and possibly beyond.

Some commentators credit “Choinomics” for the ruling party’s strong showing in last week’s by-elections, where it won 11 of 15 contested seats, strengthening its majority and making it easier for Choi and Park to push further reforms.

“The opposition will be more receptive to the government’s push to boost domestic demand,” said JPMorgan economist Lim Ji-won.

However, Choi is unlikely to pursue policies that would inflict much pain on chaebol, which power Korea’s exports and back Park’s conservative Saenuri Party.

“Regulatory reform cannot solve everything in a day and there are limits, but we will strive to have money flowing into the markets from investment and reform,” he told the national assembly soon after taking office.

Critics also say the finance minister’s steps to boost the property market risk undermining efforts to rein in high consumer debt for the sake of a short-term boost that may not even materialize.

“Stocks will rise even at the thought of dividends, even if they do not materialize. But the real estate market is depressed and will be difficult to engage,” said Oh Suk-tae, an economist at Societe Generale in Seoul.