Calling for a rational approach

Calling for a rational approach 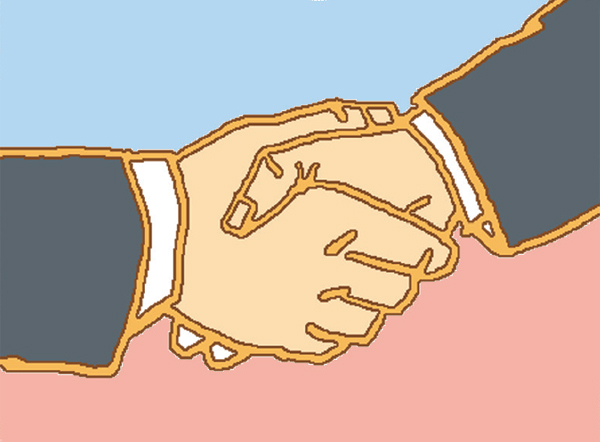 Seoul and Pyongyang have continued to exchange heated offensives this summer, but now the two nations are growing frustrated and tired. North Korea criticized the Park Geun-hye administration to be a hostile puppet government and made personal attacks on the president, using inappropriate and insulting language.

Seoul directly responded and turned down Pyongyang’s proposal for talks, calling it insincere peacemaking. The Asian Games provide a rare opportunity to get together, but the emotional battle is also spreading to that arena. Seoul and Pyongyang are engaged in a tiring confrontation. Instead of trying to understand each other, the Peninsula is in an emotional fight. The wounds still hurt and are unlikely to heal easily.

The level of discomfort between the sides is high; sentiment on both sides is currently in a precarious state. Pyongyang’s South Korea policy and Seoul’s North Korea policy are based on emotions and anger. President Park’s outline for reunification, which was unveiled in Dresden, Germany, is considered an attempt to simply absorb Pyongyang. It could be helpful to the North, but it continues to mount an emotional toll.

Seoul also feels that the North Korean National Defense Commission’s special proposal to stop slandering and relieve military tension is a lie. While Seoul desperately needs to prevent military clashes in the West Sea and heated confrontations, the Park administration is too distressed to rationally approach North Korea’s proposal. Once your feelings are hurt, it is hard to trust the offer.

As the inter-Korean relationship is strained, the Northeast Asian situation continues to develop based strictly on the national interests of each country, with no eternal friend or enemy. Japan is negotiating with North Korea, while China is getting close to Korea and the United States is backing Japan. Amid these changing dynamics, Korea’s diplomatic standing and voice could be undermined if we lose leverage within the inter-Korean relationship.

We have enough experiences of squandering the chances for improved relations from the Lee Myug-bak administration, as we were also too absorbed in emotional battles then. After the administration change, North Korea was disappointed that the Lee administration was reconsidering the Oct. 4 summit declaration and emotionally provoked Seoul by closing the contact office of the Kaesong Industrial Complex.

During the second year of the administration, Hyundai Chairwoman Hyun Jeong-eun visited the North, and Pyongyang attempted appeasement by sending a special envoy to the funeral of former President Kim Dae-jung. While an inter-Korean summit was being discussed, both sides were already displeased and proceeded to cross the line. The Lee administration kept Mount Kumgang tourism suspended, and North Korea provoked the South by sinking the Cheonan warship and striking Yeonpyeong Island. In 2011, President Lee asked Minister Ryu Woo-ik to make methodological appeasement proposals, but it was too late to turn Pyongyang back.

Throughout the Lee Myung-bak administration, Pyongyang and Seoul were constantly out of sync, hurting each other’s feelings even more. In the second year of the Park Geun-hye administration, the inter-Korean relationship is at a critical juncture. Both sides are already exhausted from impassioned confrontation, but we still have faint hope.

Despite the nuclear experiment and elevated tensions, the Kim Jong-un regime and the Park administration had seven working-level meetings at the Kaesong Industrial Complex, keeping the embers from being put out. This year, a high-level meeting was held and a family reunion was organized during the joint military drills between the United States and South Korea. Trust levels have been low amid the deadlock. The Park administration is trying to make progress in the trust-building process and with the Dresden plan, and Pyongyang is not giving up on improving the relations.

At the first meeting, hurting each other’s feelings happens easily due to of a lack of understanding. However, an emotional approach can never normalize the relationship. It is a tried and tested truth that composure and clear understanding of reality is the key in both diplomacy and security policy.

We need a cooling-off period to comfort each other and return to the usual mind-set. North Korea needs to refrain from criticizing the South and engaging in armed provocations such as the missile launch during the Ulchi Freedom Guardian drill in August. The Park administration should also accept the participation of North Korea in the Asian Games and prepare an opportunity of union and exchange.

We need wisdom and logic, not emotion, to improve the relationship. This year, both sides have been willing to improve the relations but engaged in emotional battles because of difference in approaches. North Korea proposed in January and June to handle the political and military issues while Seoul hopes to make a more functional approach through economic cooperation and cultural exchanges based on the Dresden plan. Therefore, we need a reasonable approach that incorporates both sides. It would be wise for President Park to propose a high-level meeting to discuss the political and military agenda as well as economic and social issues.

* The author is a North Korean studies professor at Kyungnam University.