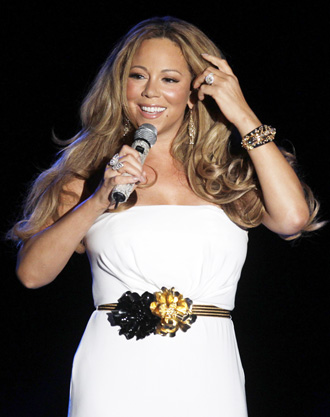 Pop star Mariah Carey is coming to Korea in October to stage a concert - her second solo show on the peninsula.

Detailed information on what songs will be performed at the event have not yet been confirmed, but it is speculated that Carey will present many of her most popular songs along with those included on her most recent album, “Honey,” which came out in May.

Carey’s upcoming visit to Korea was hinted at during Incheon Pentaport Rock Festival, when her photo was displayed on a large screen during the event. A line with the date and location of the concert appeared on the screen with no further details.

The concert will be held on Oct. 8, 8 p.m., at Seoul Olympic Park in Songpa District, southwestern Seoul.