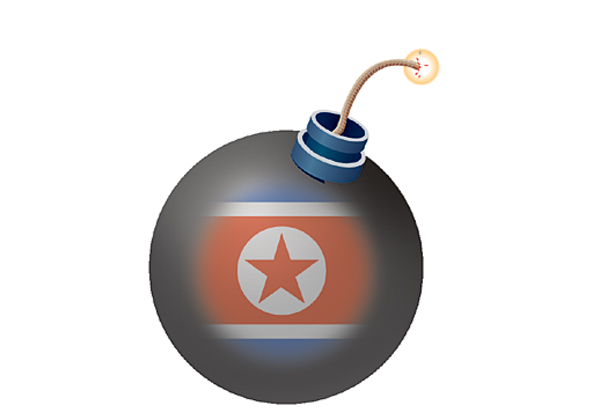 “At this moment, U.S. President Barack Obama cannot afford to think about and has no interest in North Korea as the United States is involved in various complicated situations in the Israel-Palestine conflict, Iraq, Syria, Libya, Iran and Ukraine. It is more important not to lose any more points in foreign policy as well as domestic politics than scoring additional points. Therefore, Washington is not likely to take a risk and deviate from the existing North Korea policy of ‘strategic patience.’ As long as North Korea remains quiet, that is enough.”

A Korea expert in Washington sent me a long email. According to the well-connected insider, there is no place for North Korea in the mind of National Security Advisor Susan Rice. Sydney Seiler, who is in charge of Korea policy at the National Security Council, cannot implement a policy shift on his own. As no one with sufficient accountability and authority is willing to initiate a strategic shift in North Korea policy, the issue has languished at the White House. The situation is not much different at the State Department.

Before U.S. President Barack Obama leaves for a two-week summer vacation, he spoke with New York Times columnist Thomas Friedman for an hour about international politics and foreign policy. The International New York Times also published the interview. I patiently read through it, but there was no mention of North Korea. Not just the White House but also mainstream American media are paying little attention to the North. Robert Einhorn, who served as the State Department’s special advisor for nonproliferation and arms control in the first term of the Obama Administration, raised the need to resume talks between Pyongyang and Washington, but his voice is not reverberating. While North Korea launched a series of short-range missiles, U.S. Secretary of State John Kerry said in an interview that North Korea has become “quieter.” However, North Korea is not trying to be silent. That only reflects Kerry’s wishful thinking.

And North Korea is not guaranteed to remain as quiet as Washington might desire. In the near future, Pyongyang will probably make headlines on CNN, stir up Congress and keep the UN Security Council busy by making various kinds of trouble: conducting nuclear experiments or launching long-range missiles. Treating North Korea like an invisible man is an invitation for Pyongyang to make provocations. And that’s an invitation it rarely turns down.

At the ASEAN Regional Forum in Myanmar last week, Korea’s foreign minister and the U.S. Secretary of State strongly urged North Korea to refrain from provocations, but that is unlikely to be very effective. Pyongyang has threatened to conduct a fourth nuclear weapons test if the annual Korea-U.S. Ulchi Freedom Guardian joint military drill is held as scheduled between Aug. 18 and 28. The Korean and U.S. authorities made no mention of the exercise and pressed Pyongyang to refrain from provocations. If they really wanted to be sincere, they should have made some minimum concessions to North Korea. South Korea and the United States are to go on with the Ulchi Freedom Guardian as a routine defense drill. This is typical megaphone diplomacy.

With midterm elections approaching in November, Obama has no reason to take a political risk with North Korea. If the Republican Party dominates the Senate in the midterm elections, Obama will be trapped as a lame duck unable to do anything through the end of his administration. By that time, North Korea will have steadily been stockpiling nuclear weapons.

It’s time to be honest. If Korea or the United States were in North Korea’s shoes, would they give up on nuclear weapons? How can we expect Kim Jong-un to abandon his nuclear program when Muammar el-Qaddafi met a miserable fate after giving up Libya’s nuclear weapons? Ukraine, which lost its nuclear weapons, now risks being trampled on by Vladimir Putin’s Russia. At least in the near future, complete abandonment of the North’s nuclear program is an unattainable dream. A realistic alternative is to freeze the program. By adhering to the unrealistic demand of abandonment, Korea is paying a high political and economic price. We cannot waste our resources keeping up with Washington, which is unwilling to and incapable of resolving the nuclear tension. It’s about time we separate the North Korean nuclear issue for the sake of improved inter-Korean relations.