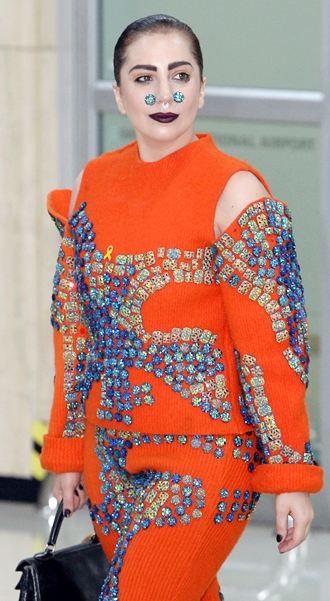 Pop star Lady Gaga shed tears during her performance in Korea over the weekend.

Headlining the “AIA Real Life” two-day festival hosted by one of the Korea’s biggest entertainment companies, YG Entertainment, she burst into tears while singing the ballad “Dope.”

She talked about her Korean friend Bo-kyung, whom she said she has been friends with since she was four. Her friend is an adopted Korean. She then apologized for crying and she is thankful for Korea to bringing her the gift of a good friend.

In front of about 20,000 fans, she performed her popular songs “Poker Face,” “Telephone,” and “Gypsy.” Her visit to Korea was the first in more than two years.

Along with the American pop star, many Korean singers also participated in the festival. Psy, Big Bang and 2NE1 were among the many bands that performed over the weekend.