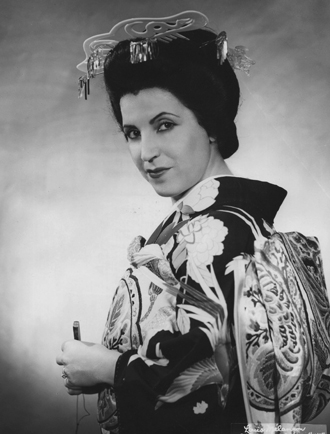 Italian-born American soprano Licia Albanese, whose technical skill and emotional intensity in works like “Madama Butterfly” and “La Traviata” made her a leading opera star, has died in New York City at age 105, her son said on Sunday.

Albanese died peacefully with her family by her side in her apartment on Friday, said her son, Joseph Gimma Jr.

“My mom had a wonderful, wonderful life and great career,” he said.

Albanese first made her mark in the operatic world in her native Italy in the 1930s before moving to the United States and achieving enduring stardom at the U.S. citadel of opera, the Metropolitan Opera in New York, from 1940 to 1966.

She appeared in a variety of operas but was most closely associated with those by Italian composers Giacomo Puccini and Giuseppe Verdi.

Albanese sang alongside many of the great tenors of her day including Franco Corelli, Beniamino Gigli, Tito Schipa, Jussi Bjorling and Giacinto Prandelli and she was a favorite of celebrated conductor Arturo Toscanini.

She was known for her acting talent and the technical skill of her singing. She fondly recounted amusing moments from her career, including one involving Italian star Ezio Pinza.

“I remember a ‘Boheme’ broadcast when I kept smelling something terrible in the final scene, where I was dying. I kept singing, but in between I would whisper to everyone, ‘My God, what is that smell?’ And finally at the end, Pinza pulled a herring out from under my pillow,” she told The New York Times in 1989.

“People would come backstage at the end and say, ‘Oh, how beautiful it was; you were all crying so much it made us cry.’ But we had really been laughing so hard we had tears in our eyes.”

Albanese, who became a naturalized American citizen, also sang for two decades with the San Francisco Opera and recorded frequently.

In 1995, U.S. President Bill Clinton presented her with the National Medal of Honor for the Arts.

In 1974, she created the Licia Albanese-Puccini Foundation to nurture the careers of young opera singers.

Survivors include two grandchildren and three great-grandchildren. A private burial will be held on Thursday, Gimma said.