Trust: The most important asset

Trust: The most important asset 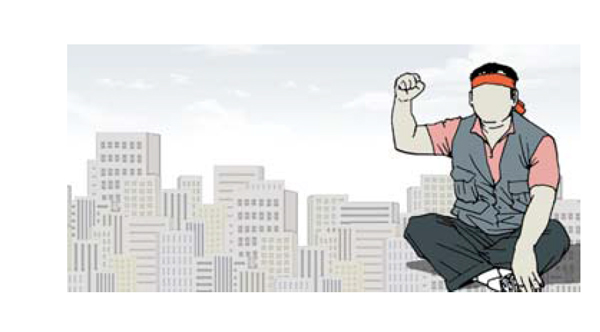 When I met the leader of Fujitsu’s labor union, Kazutoshi Itakura, in Tokyo in January, he said, “In Japan, the wage level for entry-level college graduates is similar regardless of the size of the company. It would be weird to pay more without using them. Wages are not paid but earned.”

But in Korea, employees at large corporations are paid more than those hired by smaller companies. Regardless of productivity or outcome, the entry-level wage is different, and the gap has been growing as years go by.

Companies with a solid union presence offer pay increases through negotiations with management. Various bonuses, rewards and stock options also keep workers’ pockets full. But employees of subcontractors cannot even dream of these extra perks. Rather than wage increases, they worry about the pressure to cut costs. As a result, the feeling of deprivation grows more and more.

On Aug. 18, the minister of employment and labor, Lee Ki-kweon, defined the situation as “conglomerates’ disturbance of the employment ecosystem” when he criticized the Hyundai Motors union dispute. He said that the conglomerates’ unions and management never share the fruits earned by the workers at subcontractors.

This criticism is not news. During the 2008 financial crisis, the government offered tax exemptions for selling a used car and buying a new one. The government assumed the reduction in tax revenues would support Hyundai Motors, and in the following year, the company achieved a great outcome. Its employees were paid handsome bonuses. Yim Tae-hee, then the employment minister, strongly criticized Hyundai Motors for not sharing its profits with citizens and subcontractors when its historic performance stemmed from the subsidies offered by the government from taxpayers’ money.

The company is largely responsible for the distorted labor ecosystem. During the financial crisis, Hyundai Motors fired thousands of workers due to a management crisis but acquired Kia Motors six months after the layoffs. The workers, who believed that the company was struggling, grew dubious. Experts say that employees began to feel insecure and tried to take whatever work was available while they still had a job. Management and the union lost trust - a fundamental asset - and the sentiment continues today.

The Swedish Trade Union Confederation’s director said that in annual wage negotiations, the yearly payment for the low-income group is raised significantly while wages of high-income earners are limited.

Would it be too much to expect Hyundai Motors and other conglomerate unions to adopt a similar plan?

*The author is a senior reporter of employment and labor news.