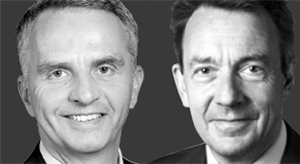 One hundred and fifty years ago to the day, the first Geneva Convention for the Amelioration of the Condition of the Wounded and Sick in Armed Forces in the Field was adopted, enshrining the idea in international law that even in times of war, a certain degree of humanity must be preserved. Switzerland and the International Committee of the Red Cross (ICRC), which together helped to secure acceptance for international humanitarian law on the world stage at that time, are now calling for stricter compliance with this principle, as effective mechanisms for encouraging compliance around the globe are continually lacking.

Today’s wars have little in common with the battles of the 19th century. The fighting has gradually moved from clearly defined battlefields to populated areas. Traditional war between armies of opposing states is the exception, while non-international conflicts have become the norm. Nowadays civilians bear the brunt of armed conflicts.

International humanitarian law has adapted to this change. Appalled by the destruction and suffering caused by the Second World War, states agreed in the four Geneva Conventions of 1949 on comprehensive protection for those who are not or are no longer participating in hostilities - wounded and sick soldiers, prisoners of war and civilians. This cornerstone of international humanitarian law was supplemented in 1977 and 2005 by three additional protocols. The use of certain weapons, such as biological or chemical weapons, cluster munitions and anti-personnel mines is now widely outlawed. The law has put barriers in place to protect the most vulnerable from the brutality of war. Its implementation has also seen a certain amount of progress, such as in the training of soldiers or in the prosecution of the worst war crimes, thanks in particular to the founding of the International Criminal Court (ICC).

Nevertheless, every day we receive horrific reports and pictures from around the world that bear witness to unspeakable suffering in armed conflicts. All too often, serious breaches of international humanitarian law are the cause of this suffering. Underlying it all is our collective failure. The contracting states in Article 1 common to the four Geneva Conventions of 1949 vowed “to respect and to ensure respect” for these Conventions “in all circumstances.” Thus far, however, they have failed to give themselves the resources required to keep their promises. International humanitarian law has lacked mechanisms for encouraging effective compliance since its conception. This impotence has often meant death and destruction for those affected by war.

The principles of international humanitarian law apply universally. However, constant effort is required, as there is no guarantee that they will perdure. A right that is regularly violated without provoking any clear response is likely to lose its validity over time. The consequences for the victims of armed conflict do not bear thinking about.

This is why Switzerland and the ICRC have been holding talks with all states on the best way to improve compliance with international law since 2012. Their work is based on a mandate given by the 31st International Conference of the Red Cross and the Red Crescent. They are convinced that states need a forum where they can decide jointly on the measures that are needed to achieve better compliance with international humanitarian law. States should have regular and systematic discussions on how they are meeting their obligations. The forum would help the states to gradually establish an overall picture of how these obligations are being fulfilled, and how the associated challenges are being met. On this basis, the states could finally take steps to reinforce the application of the law, for example by assisting each other to develop the skills and capacities required to meet their obligations. They could also keep each other up-to-date and exchange views on the most effective measures to tackle this often complex task.

A forum of states would also create the conditions required to ensure that the law dictates future developments in warfare (such as new weapons technology) and not vice versa. This requires a regular dialogue on current issues of international humanitarian law. It is also important that the states have an appropriate instrument to respond to serious violations of international humanitarian law, to prevent such crimes in the future and to protect civilian populations from further suffering. A mechanism for investigating the causes of such violations would be expedient.

In accordance with their mandate, Switzerland and the ICRC will submit specific recommendations on the establishment of such a forum at the 32nd International Conference of the Red Cross and Red Crescent, which will be held in Geneva in late 2015. At this occasion the states will decide what action to take.

Since the adoption of the first Geneva Convention 150 years ago, international humanitarian law has become a central pillar of the international legal order. Ultimately its provisions serve to protect our key characteristic as human beings: our humanity. This is an irrevocable right. It is based on the belief, forged over the centuries and in all our cultures, according to which it is essential to lay down rules if we want to prevent wars from degenerating into barbarism. It is up to our generation to consolidate these achievements and to create an institutional framework to ensure these rules are respected. If it is to be fully effective, the law needs suitable instruments. Never in the history of humankind have we been closer to a solution than we are today. It is up to us to seize this opportunity.

BY Didier Burkhalter and Peter Maurer