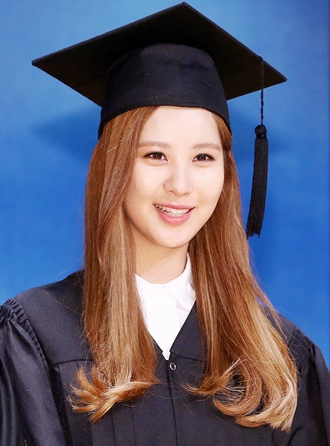 The celebrity, who majored in theater, was honored with an Achievement Award for boosting the school’s image through her work in the entertainment industry.

Seo-hyun also donated 100 million won ($97,600) to the school last year and asked that the money go to students from families with financial difficulties.

The singer received her diploma yesterday at the university’s Jangchung-dong campus in central Seoul.

It is speculated that the star will make a comeback in a Girls’ Generation subunit called Taetiseo.

Taetiseo released its first album, “Twinkle,” in April 2012. Along with Tae-yeon and Tiffany, the other two members of the subunit, Seo-hyun will appear in a reality show “The Taetiseo” on cable channel On Style.

The program, which starts airing Monday, will focus on the day-to-day lives of the three members.