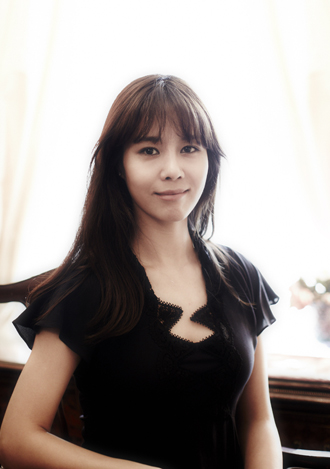 The work includes many well-known songs included in musicals, such as “When the World was Mine” from “Monte Cristo,” “Someone Like You” from “Jekyll and Hyde” and “Never To Love” from “Excalibur.”

It has 10 songs altogether.

It was reported that U.S. composer Frank Wildhorn suggested making the album. He said Ock was an artist who really inspired him, according to local media reports.

Wildhorn selected songs for the album in which Ock’s voice stands out the most, and even rearranged some parts just to suit Ock.

One non-musical song is featured on the album - “Where Do Broken Hearts Go” by Whitney Houston.

“It was a very precious experience working with Wildhorn to make the album, when I am so grateful that I even get to sing his songs on stage as a musical performer,” said Ock.

“I wanted to show some charm that I had not been able to show on stage, and I hope fans get to find these characters by listening to songs in the album.”