The age of uncertainty

The age of uncertainty 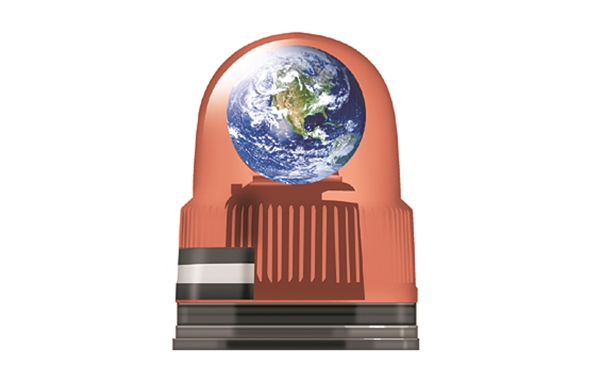 The U.S. stock market has been on a robust winning streak for much of the year, sending the Dow Jones industrial average and Standard & Poor 500 index to all-time highs. The S&P 500 broke through the landmark 2,000 level on Monday, a threshold unbreached even during the dot-com boom in the early 2000s or before the global financial meltdown of 2008. It broke its 2007 peak of 1,600 in March 2013 and has been bullish ever since. If you only looked at the stock market, the U.S. economy has never appeared so strong. But there are few cheers among Main Street Americans. Regardless of bullish punters, wages remain stagnant and many people are forced to work part-time because they cannot find decent-paying full-time jobs. Housing prices in many areas have not recovered to pre-financial crisis levels.

In the past, pundits and promoters would have been raving about the unprecedented momentum and coming up with new names for the phenomenon such as a “New Age of Intelligence Economy” or the “Great Moderation.” But there is actually little hoopla from the market floor. Even investors are doubtful of the fundamentals underlying the stocks’ gains. They believe prices could go down as steadily as they went up. In other words, they know the artificially inflated U.S. economy is fundamentally fragile and could give away to an unexpected explosion or, more likely, implosion.

The economic prospects of the European Union are as shaky as those of the U.S. The stronger countries - Germany, Sweden and Austria - have been recovering but the weaker members - Greece, Spain, Italy and Portugal - are teetering dangerously.

This imbalance in financial health has led some of countries to challenge the German-prescribed austerity in fiscal policy. French Finance Minister Arnaud Montebourg openly criticized Germany’s “obsession” with austerity, saying it was wrecking the economy of France and the eurozone as a whole. He demanded of President Francois Hollande a “major re-direction of our economy policy” that led the French president to make a rare move of kicking Montebourg and his supporters out of his government. But it’s not just socialist factions in France and Italy that are grumbling about a universal belt-tightening policy. European Central Bank director Mario Draghi recently said the bank is ready to add more stimuli and called upon governments to do more to help the eurozone economy. “It would be helpful for the overall stance of policy if fiscal policy could play a greater role alongside monetary policy,” he said.

Austerity remains the prescription of the day but if the EU economy fails to shake out of its longest recession coupled with high unemployment, policy disagreements could undermine EU collaboration overall. France, the second-largest EU economy after Germany, contained the immediate uproar by dismissing the economic dissidents. But considering Hollande’s approval rating is at an embarrassing 17 percent, the anti-austerity call will only grow among Socialists. Even extreme nationalists demanding fiscal expansion, bans on immigration and an exit from the eurozone could seize the upper hand if the economy recedes further amidst spending cuts to meet deficit reduction targets. If France splits from Germany’s austerity regimen, the feud between two largest EU members could shake the overall bloc.

Uncertainties in the U.S. and EU economies are not the only factor that hangs over the global economy. Conflicts on both political and military fronts are rising in various parts of the world. The conflict between Ukraine and Russia that has led the EU and U.S. to impose sanctions on Russia could send ripples across the globe and especially to the European continent. Germany and many other countries rely on Russian natural gas while Britain and other countries benefit from Russian capital investments. A complete fallout with Russia could deal a heavy blow to the European financial and energy sector.

The Middle East is a reliable source of insecurity and violence and it’s outdoing itself these days. Syria and Libya are engaged in never-ending civil wars and the radical militant group Islamic State in Iraq and Syria is expanding its control across Syria and Iraq. A global-scale war is possible if ongoing brutalities lead to Western intervention. Israel and the Palestinians could resume bombing one another any time. The instability in the Middle East could disrupt gas and other energy supplies from the region and further damage the global economy.

The global economy has become extremely fragile and uncertain. This is the price of feeding and sustaining rebounds and growth through liquidity pumping without fundamental reforms of the problematic financial structures that should have followed the 2008 crisis.

* The author is a professor of economics at the University of Cambridge.