Shin Myoung-soo passes away at age of 73

Shin Myoung-soo passes away at age of 73 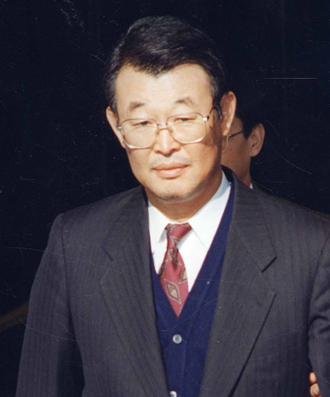 Shin Myoung-soo, former chairman of Shin Dong Bang Group and former in-law of the former President Roh Tae-woo, passed away on Saturday after suffering from colorectal cancer for 10 years. He was 73.

Shin was an elite businessman who graduated from Seoul National University. He attended graduate school at Columbia University and was trained in management by his father, Shin Duk-kyun, who founded Shin Dong Bang Group.

Shin’s eldest daughter married the eldest son of the late President Roh in 1990, but they divorced in 2012.

Shin devoted himself to growing Shin Dong Bang when it was a midsize food company in 1966.

He sought to develop Korea’s food processing industry by serving as vice chairman of the Korea Management Association in 1984 and on a special committee of the Korea Chamber of Commerce and Industry in 1985.

From 1989 to 2001, Shin served as the vice chairman of the Federation of Korean Industries and led developments in international trade, manufacturing, retail and exports.

Shin was deeply interested in environmental issues resulting from Korea’s rapid economic growth and he oversaw the revision of economic policies and pushed for legislation to better protect the environment.

In 1989, he created the M.S. Shin fund to help establish the Center for Korean Research at his alma mater, Columbia University.

At the time, there was no department at the university for Korean studies until the establishment of the Center for Korean Research.

In 1997, Shin Dong Bang Group went into a corporate workout program after it took on a debt worth 1 trillion won ($985 million) during the financial crisis.

Shin was investigated by the Supreme Prosecutors’ Office last year after he was accused of holding a part of President Roh’s slush fund. He paid 8 billion won in penalties.