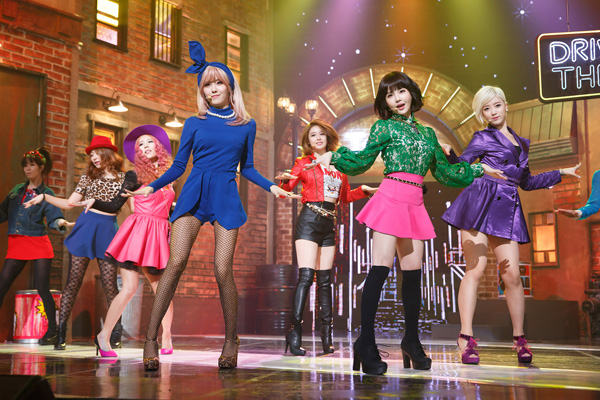 “Sugar Free” is the title track of the band’s 10th mini-album to be released today. Its last digital single “First Love” came out in February.

A look at the music video shows six of the members dancing on several stages lit by fluorescent lights.

The group’s agency, Core Contents Media, said earlier last month that the new collection of songs were inspired by a music genre called big room, a style of electro house that local fans might feel unaccustomed to.