A meeting of minds on HIV/AIDS

A meeting of minds on HIV/AIDS 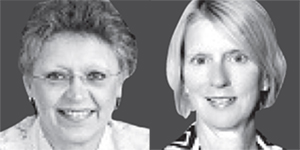 GENEVA - “An ounce of prevention,” Benjamin Franklin famously said, “is worth a pound of cure.” But that is not always true when it comes to research into infectious diseases. Though scientists have traditionally tended to focus on either prevention or curing, defeating the HIV/AIDS virus will require researchers - and their funders - to collaborate to address the challenge from both directions.

Advances in prevention and treatment have reduced annual HIV infections by one-third over the past decade and cut AIDS-related deaths by 30 percent over the past five years. Yet 35 million people still live with the virus. Last year, 2.1 million became infected and 1.5 million died from AIDS-related causes. Even in the best-case scenario for maximizing existing prevention and treatment, at least a half-million new HIV infections would occur annually in low- and middle-income countries by 2050.

The world needs a vaccine and a cure to get ahead of the disease, and great progress is being made in both areas. But, though research in these two distinct fields is beginning to overlap, too many scientists still see themselves as being strictly on one side or the other.

The mechanisms for funding HIV/AIDS research reinforce this separation, because they rarely allow for - much less invite - the kind of innovative cross-field approaches that will be needed to translate recent breakthroughs into testable products. The divide is apparent even among activists and advocates for HIV/AIDS research. It must not be allowed to prevent further progress.

Because HIV/AIDS is already the world’s most studied infectious disease, an HIV diagnosis is no longer a death sentence. Yet we are still far from defeating the virus. Infection rates continue to rise in specific regions and populations, and more than half of the people living with HIV worldwide do not even know that they have it. Three of five HIV-positive people still are not receiving anti-retroviral therapy. Moreover, long-term treatment is not the same as a cure, and no public-health tool (apart from clean drinking water) has ever matched the preventive power of a vaccine.

HIV is an extremely complex virus. It mutates rapidly within an individual and among geographic locations, establishing latent reservoirs within cells that enable it to emerge and replicate months or even years later. It evades the immune system, so the body’s natural ability to fight or clear it is limited.

Although there are no precedents that might guide us to a vaccine or cure, we have learned a lot about how HIV works - including its weaknesses - in the past five years. In 2009, for example, researchers found a so-called proof of concept when a clinical trial showed that a vaccine could prevent HIV infections in humans, and Timothy Ray Brown (known as “the Berlin patient”) was cured of HIV via a bone-marrow transplant.

Researchers are also learning a great deal from the responses of three groups of patients. The first group comprises “post-treatment controllers,” in whom early treatment allowed for long-term control of the infection even after anti-retroviral therapy was stopped. The second group are “elite controllers,” who can carry HIV for 10 years or more without treatment and without falling ill. The third group, “elite neutralizers,” includes patients who naturally produce antibodies against a wide range of HIV variants.

With the insights gained from following these patients, researchers are increasingly beginning to recognize that the same science may bring us to both a vaccine and a cure. The two research paths have been converging in several exciting areas.

For example, scientists working to design a vaccine that will induce production of broadly neutralizing antibodies to protect people from HIV infection have found that these antibodies also control and even clear infection by the simian version of the virus in monkeys. Meanwhile, cure-focused studies of elite controllers are yielding clues about regions of the virus that mutate less, which could hold important lessons for vaccine researchers.

As science advances across disciplines and diseases in ways that were unimaginable even five years ago, the research walls that divide prevention and cure must fall. We must collaborate to develop the tools needed to eliminate the HIV/AIDS scourge once and for all.

* Francoise Barre-Sinoussi, co-winner of the 2008 Nobel Prize in Physiology or Medicine for the discovery of HIV and former president of the International AIDS Society, is research director at Inserm and a professor at the Institut Pasteur, where she leads the research unit on regulation of retroviral infections. Margie McGlynn is president and CEO of the International AIDS Vaccine Initiative.

BY Francoise Barre-Sinoussi and Margie McGlynn