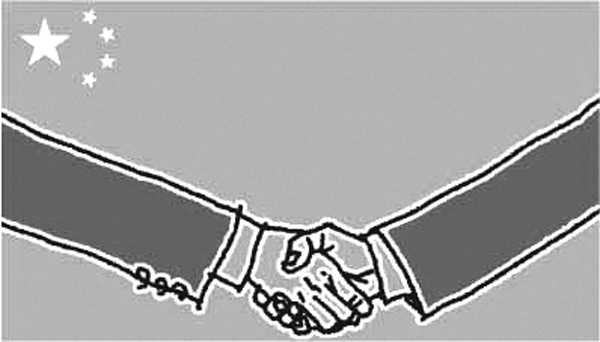 Recently, the Chinese Foreign Ministry invited me - along with several Korean power bloggers - on a tour of Beijing and Sichuan Province. The program was a part of China’s public diplomacy efforts. Public diplomacy is a form of modern foreign policy aiming to win the hearts of citizens of another nation through charm and communication.

At the 18th Communist Party Congress, China declared its commitment to the promotion of public diplomacy. Liu Debin, dean of the division of international relations at Jilin University, said China was the only country to state the importance of public diplomacy in its ruling party’s official guidelines. Korea was chosen as the first country to participate in the new public diplomacy program that consisted of inviting foreign power bloggers.

I was curious about what China wanted to tell us. During the seven-day tour, I met various Chinese, from high-level ministry and local officials to artists, businessmen, scholars and lao baixing, or ordinary people. Beijing wants to promote a direction for Korea and China to pursue together, based on a three-step plan.

The first step was an evaluation of the Korea-China relationship. China emphasized that bilateral relations have entered the “most mature” stage since the establishment of diplomatic ties. “Mature” is synonymous here with “close” and “tight.” “Do you know how to be seen as a civilized man in China?” asked a Chinese diplomat. “You have to carry President Park Geun-hye’s biography.” The civilized men in China would read the biography instead of a magazine on the plane, he said. We thought he was joking, but a few days later on a flight to Chengdu, we were surprised to see a Chinese man doing just that.

It was my first visit to Chengdu, but the streets seemed somehow familiar, probably because of the ubiquitous photos of Korean actor Kim Soo-hyun. Hanyang University Professor Yoo Hee-moon visited several Chinese households during his recent visit and found televisions connected to computers. Regular Chinese television channels rarely broadcast Korean dramas, so most Chinese watch Korean shows through the Internet. That’s how so many Chinese viewers watched “My Love from the Star.” It seems that China has been consuming Korean pop culture actively, and it was hard to feel the distance between the two countries.

Secondly, there are many factors that keep Korea close to China; economic cooperation and Japan’s conservative swing are two of the major ones. We don’t even need to discuss the extensive economic cooperation between the two countries. Hyundai Motor produces commercial vehicles in Ziyang, with the local government providing “impressive support.” “I wonder if such a golden era of Korea-China economic cooperation will ever come again,” Ahn Seong-guk, Korean consul general in Chengdu, said repeatedly. “We must not miss this golden opportunity.”

However, I could not see the logic in the argument that Japan’s conservative swing had made Korea and China closer. Our itinerary included a program to encourage an anti-Japanese spirit. The group visited the Museum of the War of Chinese People’s Resistance Against Japanese Aggression, located near the Marco Polo Bridge, which triggered the second Sino-Japanese War in 1937.

Chinese President Xi Jinping visited the museum in July and September, and denounced Japan’s swing to the right. China wants to form an alliance with Korea to stand against Japan. For your information, it would be better to avoid the museum visit before a meal. You would lose your appetite after touring exhibits about imperial Japan’s wartime cruelty and violence.

Thirdly, China believes in the future of the Sino-Korean relationship. China thinks that when the two countries work together, there is nothing they cannot accomplish. On the sensitive topic of determining the Ieodo marine boundary, a Chinese official expressed that the issue would be resolved through dialogue with Korea. He said that Beijing had changed and was willing to resolve any disagreement smoothly.

What China wants to say is that Korea has become closer than ever to China and the two countries should seek mutual growth through efforts to resolve all existing frictions between them. Public diplomacy is distinct from propaganda, as propaganda may use false ideas, while public diplomacy is based on truth and facts. Korea and China are two separate countries, and we naturally have differences of opinion. It is important to discuss each other’s position frankly and make sincere efforts to reduce the gap.

When China shows goodwill, there is no reason to be discouraged or interpret its intentions negatively. Instead, Korea should be even more open and seek a new partnership with China.