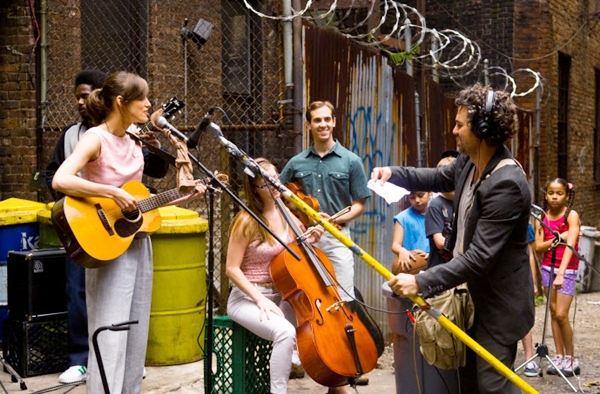 “Begin Again” has achieved unexpected box office success. When the film first opened a month ago, it ranked eighth or ninth at the box office, though it gradually climbed the charts, attracting 2 million viewers. The movie began as a limited release, but quickly drew an audience the size of a commercial film. Surprisingly, some of my middle-aged friends enjoyed the film, and many of them watched it alone. I assumed the movie, set in New York, would appeal more to a young female audience.

Generally, women watch more movies than men, and the young generation goes to the movies more frequently than the older generation. In fact, the Korean Film Council’s 2012 film consumption survey shows that women watch an average of 12.9 movies in movie theaters, while men watch an average of 10.5 movies per year. For both genders, 19- to 29-year-olds watch the most movies, with that number decreasing among older demographics.

But population change should also be considered. In the ’90s, those in their 20s were in the majority in Korea, but today, those in their 40s make up the largest group. At this rate, by 2025, people in their 50s will comprise the largest demographic. The changes brought from a lower birth rate and longer life spans also affect the content of films and the age of the cast.

In the mid-2000s, the changes could already be seen on television in the United States. Many actors and actresses in their 50s - those considered past their prime in the film industry - appeared in leading roles in television dramas. American media determined that the networks were targeting the purchasing power of the Baby Boomers, the peers of those stars. However, Korea’s Baby Boomers, who are in their 50s now, are busy seeking out second careers after early retirement and cannot boast that purchasing power. But going to a movie is a relatively affordable leisure activity they can enjoy.

After watching “Begin Again,” I celebrated the taste of the middle-aged male moviegoers who appreciated this film and its protagonists: a young singer-songwriter coming off a bad breakup and the washed-up music producer who discovered her. The producer was fired from a recording company he established and then shunned by his family. Because the two can’t afford to rent a studio, they go around New York performing and recording. Instead of falling in love, they experience their own healing and passionately pursue music itself instead of fame or fortune. Later, I also felt bad for having asked my middle-aged male friends if they really went to the movies alone. After all, they were only pursuing their own interests, rather than those of their spouses or children.

* The author is a deputy culture and sports news editor of the JoongAng Ilbo.