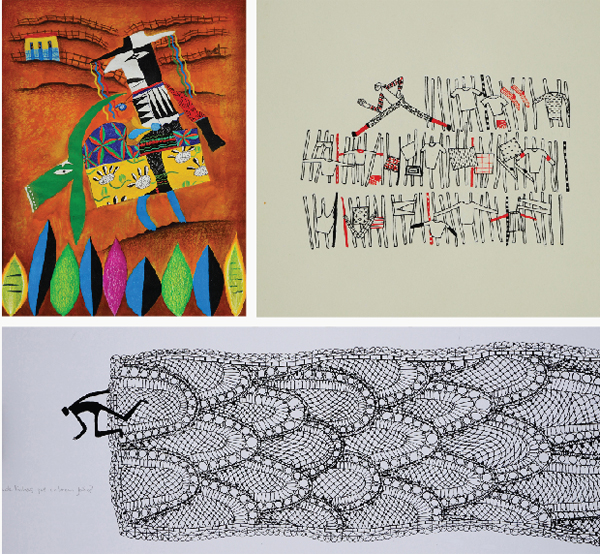 Books are mainly made to be read, but some are pieces of art in their own right.

Such is the case for the works of Roger Mello, the recipient of the 2014 Hans Christian Andersen Illustrator Award, one of the oldest and most prestigious prizes in children’s literature.

With bold colors, unusual angles, natural motifs and animal-related themes, Mello’s work appeals to children as well as adults who are young at heart and love beautiful things.

Mello, who has had special ties with Korea since 2010 when he took part in the fifth Nami Island International Children’s Book Festival (Nambook), is holding his first exhibition in Korea at the Seoul Arts Center in southern Seoul.

Titled “Roger Mello’s Wonderful World of Color,” the show features around 200 pieces, including 88 original drawings of books the artist either illustrated or authored.

To mark the occasion, the Brazilian illustrator, writer and playwright visited Korea and talked to local journalists yesterday about the exhibition, his works and much more.

Mello’s trip here is his seventh. He has visited several different locations here, including Seoul, Nami Island and Jeju Island. 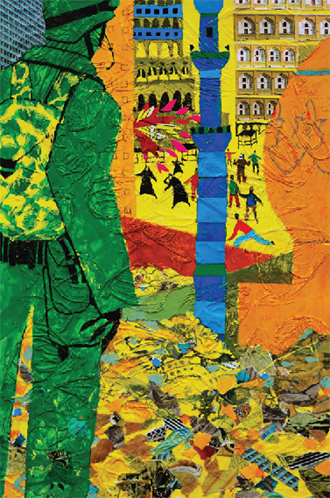 Mello’s work has distinct Brazilian roots. The nation’s spirit can be felt when reading the author’s books, which also introduce the land’s history and culture.

For instance, Mello’s 1996 book, “Wake Up, Ox, Wake Up,” deals with a traditional Brazilian tale about a slave who cuts out the tongue of his owner’s bull to satiate the cravings of his pregnant wife.

Mello’s illustrations in this book are highly contemporary, displaying geometric forms and borrowing from Cubism.

Diversity, Mello says, is what defines Brazil, as there is a wide spectrum of cultures and artists within the nation.

“Just think of the distance between Rio and the Amazon,” Mello explained.

“Diversity, I think, is also the similarity of Brazil and Korea, as I saw many different colors in Korea as well.”

Despite the Brazilian flair, the topics Mello deals with are universal, such as dreams and fantasies.

The best example is “Joao by a Hair’s Breadth,” an award-winning work from 2005 that deals with a surreal dream.

A Korean-language version of this poetic and cheerful book was released last month.

Perhaps what makes Mello’s work so special is that he rarely focuses on moral lessons, or what’s right and what’s wrong, which Korean children’s literature appears to be obsessed with.

“[Mello] does not underestimate a child’s ability to recognize and decode cultural phenomena and images,” the jury members of the 2014 Hans Christian Andersen Illustrator Award said during a press conference in March.

“His illustrations allow children to be guided through stories by their imagination.”

The 2014 Hans Christian Andersen Illustrator Award has been awarded biennially to authors since 1956 and to illustrators since 1966 by the International Board on Books for Young People. Queen Margrethe II of Denmark is its patron. 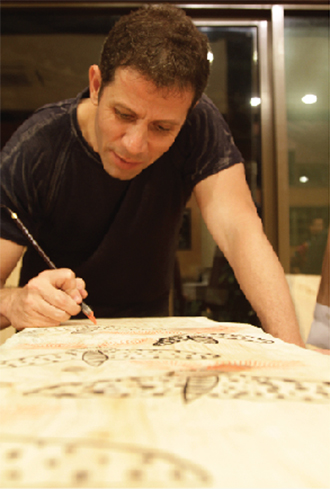 The Brazilian illustrator and author allows children to complete his stories with their imagination.

“I grew up under the dictatorship government,” Mello said, “and I learned in my youth that books were very powerful and can make changes.”

In “Mangrove Boys,” his award-winning work from 2001, Mello sheds light on the evils of child labor through the story of Julinho, a young boy who is kidnapped by a witch who steals children from their beds and takes them to her castle.

A similar theme can be found in his “Young Charcoal Burners” (2009).

Mello says he believes books should reflect people’s real lives and that those young charcoal burners are a real part of Brazil.

"If I didn’t include them in my books, they would’ve felt that they were somewhat excluded, as if they were not the citizens of Brazil,” the author explained.

As for Mello’s ties with Korea, they go back to 2010 when Mello took part in Peace Story, a cultural exchange program under the Nami Island International Children’s Book Festival (Nambook) in Chuncheon.

Mello was also one of the jury members of the Nami Island International Picture Book Illustration Concours (Nami Concours) in 2013. The author and Kang Woo-Hyon, Nami Island’s CEO, worked together on several art pieces that were also displayed at the exhibition.

Kang, also a children’s book writer, was present at the press event yesterday.

“This exhibition is meant to be fun,” he said, explaining that people can take pictures of and with the artworks, walk on the pieces and even draw on them. One of Mello’s pieces has been enlarged and printed on a wall, where children will be invited to color on it.

Kang added that more art exhibitions in Korea should invite visitors to participate.

The Mello exhibition also embraces the use of high technology. It adopted hologram technology for one of the artworks based on “Joao by a Hair’s Breadth.”

When asked if he is concerned that children will neglect books and illustrations due to advanced technology, smartphones and PCs, Mello said no.

“Technology has always been viewed as a menace, but I don’t think so,” he told reporters. “I think technology and books can go together.”

The author believes drawing is “contagious,” and when asked what he wants visitors to take away from the exhibition, he said, “an urge to draw.”

“Drawing today is not part of people’s life. Instead, text plays a bigger role in today’s pragmatic world. People love to draw when they are young, but as they get old they stop drawing. Drawing can prepare you in a different way,” he said.

“Roger Mello’s Wonderful World of Color” runs until Oct. 15 at the Hangaram Design Museum of the Seoul Arts Center in Seocho District, southern Seoul. Hours are between 11 a.m. and 8 p.m. Closing time is extended to 9 p.m. on weekends.