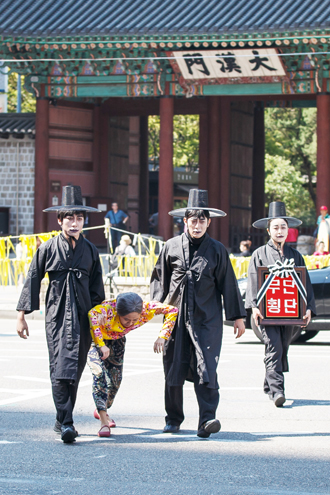 Actors dressed as traditional Korean grim reapers spirit away an actress playing an elderly woman yesterday near Seoul Plaza in central Seoul in a performance meant to warn against jaywalking. The Seoul Metropolitan Government said yesterday that 31 percent of some 400 fatalities a year from car accidents were caused by jaywalking. It decided to hold the performance in the city, which will run until Friday. [NEWS1]