By 2035, nearly half those living alone will be seniors

By 2035, nearly half those living alone will be seniors 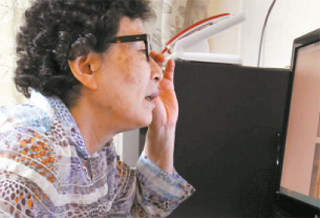 Last year, 20.4 percent of those 65 or older lived alone, according to Statistics Korea, and that figure is only expected to increase as life expectancy grows.

The agency estimates that by 2035, about 45 percent of single-person households will be made up of those 65 or older.

Lim Jeong-ja, 75, is a part of that demographic. The Incheon resident has lived on her own since her husband passed away 18 years ago and her two sons moved out after marrying.

Lim, a devout Catholic, now rises at 5 a.m. every day and listens to morning Mass on the radio. Then she has breakfast around 8 a.m. and cleans her house.

The church she attends has become an essential part of her life. Except for the days when she works as housekeeper twice a week, she always attends service after lunch.

Other women Lim’s age are part of the congregation there. The venue is a gathering place for senior ladies, most of who live alone just as Lim does. After attending afternoon Mass, they often go to a nearby park, where they walk and exercise together.

“What we need the most are friends to talk to,” Lim said. “I’ve heard that it is nice to hang out with congenial friends in later years.”

After spending several hours together each day, the women head home, one by one, once it grows dark.

“Now we are relatively healthy, but I think it wouldn’t be so bad to spend the rest of my life with women in a similar situation,” Lim added on the way home.