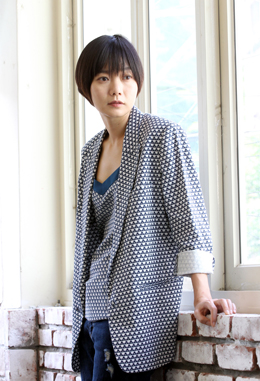 Actress Bae Doo-na, 34, won the highest honor for an international female actress at the Golden Rooster and Hundred Flowers Awards on Friday in Lanzhou, northwest China, for her lead role in “A Girl at My Door” (2014), according to local media yesterday.

The awards ceremony is known as one of three main film awards in Greater China - which refers to mainland China, Taiwan, Hong Kong and Macau - along with the Hong Kong Film Awards and Taiwan’s Golden Horse Awards.

Winners are selected by a judging panel organized by the China Film Association, and votes are cast by subscribers of Popular Cinema, a Chinese film magazine.

In “A Girl at My Door,” the Korean actress plays a police station chief who tries to protect a young girl (Kim Sae-ron, 14) from being abused by her stepfather. The film premiered at the 2014 Cannes Film Festival as part of the Un Certain Regard section.

Bae, a former model who has played diverse roles in the local film and drama industry since 1998, went global in 2012 when she played a lead role in “Cloud Atlas,” co-starring Tom Hanks, Halle Berry, Jim Broadbent and Hugo Weaving.