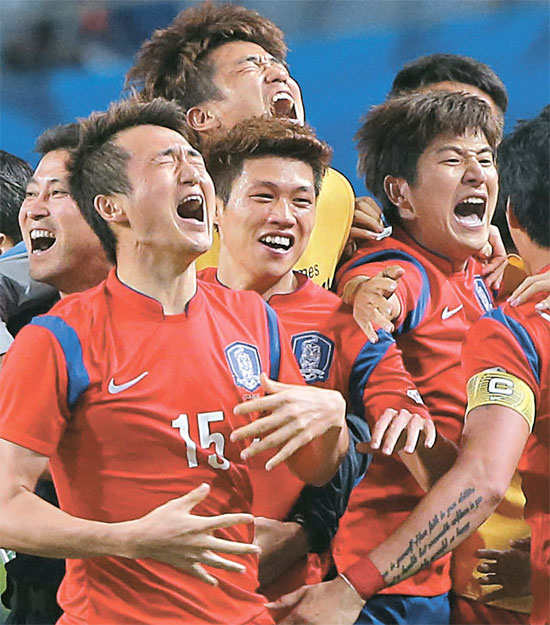 In the men’s football final at the Asian Games Incheon 2014 held at the Munhak Stadium in Incheon yesterday, South Korea managed to beat North Korea 1-0 right before the final whistle, winning the gold in men’s football in 28 years.

Though South Korea’s men’s football team is considered one of the strongest teams in Asia, North Korea was also good enough to give South Koreans hard time. North Korea had more threatening opportunities in the first half and even hit the crossbar in the second half.

The two sides also could not beat each other until the clock pointed 120 minutes. And North Koreans apparently wanted to drag the match into the penalties, often lying on the ground for their injuries. Then, South Korean Rim Chang-woo of the Daejeon Citizen scored the goal by kicking the ball into the net in the last minute.