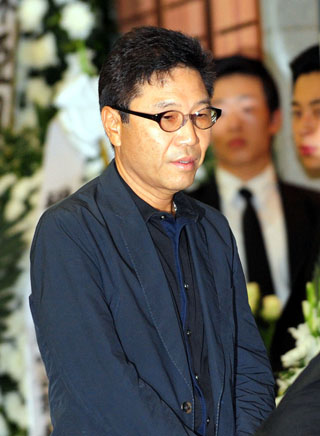 Kim Eun-jeen, the wife of SM Entertainment Chairman Lee Soo-man, 62, died last week, according to a statement released by the agency yesterday morning.

The cause of death was intestinal cancer.

Kim passed away on Tuesday after having battled the disease since January 2013, when she underwent her first surgery, the statement said. The illness had been diagnosed a month earlier.

Her funeral was a quiet affair, with only family members in attendance, and her relatives requested that the news of her passing be kept out of the media, the agency said.

Meanwhile, SM announced through a press release on Tuesday that Jessica will be leaving Girls’ Generation. The agency cited difficulties in reconciling the group’s schedule after she launched her own fashion brand in August. It added that she approached the company earlier this year, saying she would leave voluntarily after the release of a final album.

However, on Wednesday, Jessica issued a personal statement claiming that she had been ousted by SM and her fellow group members.