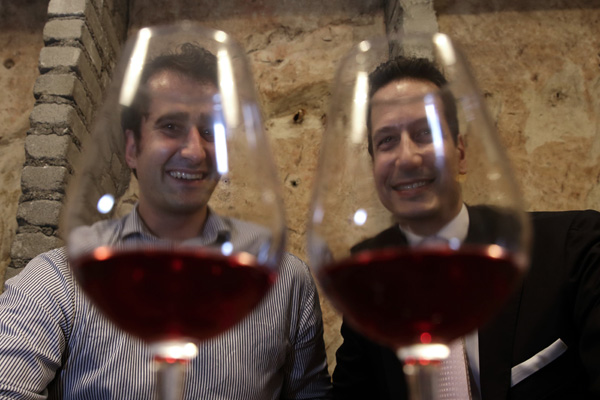 PARIS - Not everything related to wine gets better with age, as a young generation of French wine experts can attest.

Their business model combines selling with crowdfunding, an approach which this year will benefit Antoine Sunier, a 34-year-old who took up winemaking in the Beaujolais region after turning his back on telecoms.

A few hundred kilometers further south, Baptiste Ross-Bonneau, 25, is chef sommelier at the Hotel de la Cite in Carcassonne, responsible for the wine list of the Michelin-starred restaurant.

“The cliche of the old, tubby sommelier is gone, there is a new generation of motivated, enthusiastic young people who have changed the image of our profession,” said Ross-Bonneau, who was born in the southern Cotes du Rhone region, raised in a family of wine growers, and has developed a sharp knowledge of Roussillon wines.

“I used to work at the vineyard with my aunt and my grandfather, I used to help in the grape harvest,” he said. “Then, during my Spanish studies in Avignon and Perpignan, I discovered the wines of Maury and Banyuls and met with sommeliers who talked to me about their jobs. That made me want to dig and find out what the secrets were behind the bottle tags.”

Finding a way to the wine trade was a rockier road for Sunier. “For 15 years I had been in the mobile phone business but in 2012 I got fed up,” he said. “I started a course in Dijon - I’m from the region. Then I sold my house there and moved to the Beaujolais region where my brother Julien is based. In the summer of 2013 I bought my first plots.”

According to Sunier, young winemakers are on the rise because they care about the wine and the environment.

“I’m doing it all organic. We’re not just selling tags,” he said.

“Our generation pays attention to how the wine is made, how the land is cultivated. We don’t want to destroy the land we’re using.” Sunier, who is from Burgundy, moved to the Beaujolais region because “in Burgundy it’s almost impossible to buy plots. You can do it in the Beaujolais, which is getting a bit of hype now but is still affordable”.

But for all their enthusiasm, the young generation wine mavens know there is still a long way to go. “There is always come concern about the future,” Sunier said. Reuters