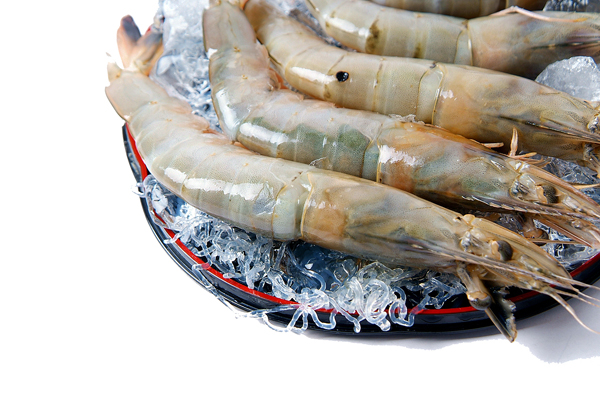 It’s often difficult to schedule a day off and get away from the city to feel the changing of the seasons. For those who are time-poor and cash-rich, here are a couple of seafood-oriented destinations near Seoul to help you feel the fall season with your palate.

Accessible from the Incheon subway Suin line, the fish market holds a festival named after it every October. This year, it will run from Oct. 10 to 12.

A variety of seafood awaits shoppers, but during the autumn festival, the most sought-after seafood are daeha (shrimp) and jeoneo (gizzard shad). Squid and crab are also in season.

Prices vary depending on the time you visit the fish market, but one kilogram of 30 to 40 shrimp, each about the size of a middle finger, costs about 30,000 won ($28).

If you buy the shrimp on the spot, ask the merchant where you can find a restaurant that will steam the shrimp for you. Many restaurants in the area steam or grill seafood and charge a cooking or service fee. The cost is between 7,000 and 10,000 won per plate.

Along with daeha, jeoneo is also popular in autumn. There is even a saying that goes, “the smell of grilling jeoneo can make even a runaway daughter-in-law come home.” The fish can be grilled or eaten as sashimi.

Because of its easy accessibility from Seoul, Incheon Soraepogu Fish Market is always packed with visitors on the weekend.

One way to avoid the crowd is by going on a weekday or after the festival.

To reach the market, get off at Soraepogu Station on the Suin line and take exit 2.

Noryangjin Fish Market in Noryangjin-dong, Dongjak District, is a good choice if you want to drop by a market after work.

Prices there may be higher than at Incheon Soraepogu, but the vigorous atmosphere is very similar.

Noryangjin Fish Market is expected to relocate to a newer building because of a modernization project next August, so you might want to check out its current facility first.