Instrument maker sounds off on guitars and selling to stars

Instrument maker sounds off on guitars and selling to stars 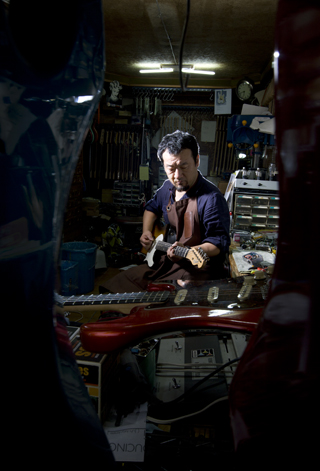 Park Young Zoon, the founder of musical instrument making company Moollon, checks the sound on a guitar he produced.

Gary Clark, Jr., Jason Mraz and Richie Sambora of Bon Jovi are all world-famous guitarists, but the three have something else in common - they all use effectors made by Moollon in Korea.

Effectors, or effects pedals, are mechanisms utilized to alter an electric guitar’s sound.

Park Young Zoon, 46, the founder of the instrument making company, was a guitarist in the Jeon In-kwon Band.

But as a professional musician, Park was dissatisfied with the effectors made by renowned overseas brands and decided to make his own.

In 2003, he began to produce instruments full-time, explaining that the reason for this was his obsession with “good sounds.”

Park’s fixation with aural quality began at around age 20 when he bought his first guitar, a 1963 used Fender, from Seoul’s Nakwon Musical Instruments Arcade. 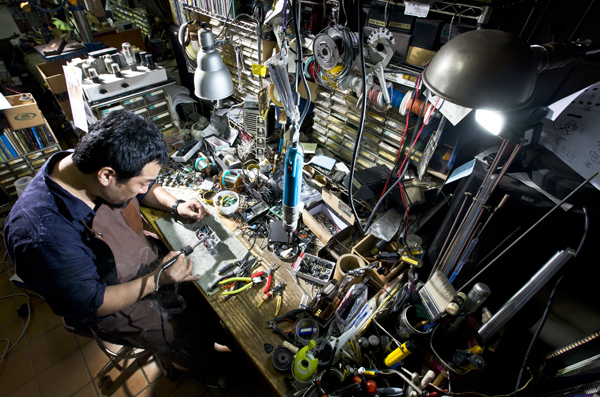 Park works on an effector.

The noise it emitted suited his taste perfectly, and he came to prefer the specific tones induced by American electric guitars from the 1960s. 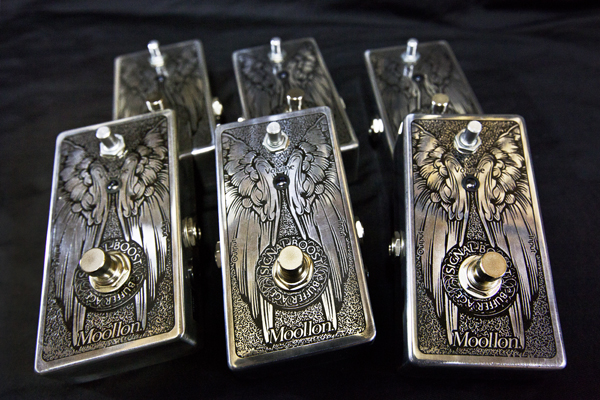 The lotus flower, a symbol of Korea, is carved onto Moollon’s effectors.

He spends all his working hours creating musical devices in his studio, mainly producing effectors, as well as electric guitars.

Park’s work is more well-known internationally than domestically, and professional musicians from all over regard his products as masterpieces.

To generate the sound he prefers, the first device Park created was an overdrive effector, one of the most basic types of effects pedals.

It became a hit after it was introduced to world-renowned musicians at the National Association of Music Merchants Show in the United States. Famous producer John Shanks tried out a Moollon effector there and later called Park to purchase his own.

In 2007, after Park gained success with his effector business, he started to produce the guitars he had dreamed of, based on the first generation of American electric guitars from the 1950s to the 1960s.

Park now creates guitars modeled on the 1955 Fender Telecaster and the 1957 Fender Stratocaster.

Since the craftsman makes everything by hand, it takes him a lot more time to make his instruments and music devices, so he does not manufacture them on a large scale.

Park believes that mass production affects quality and follows the conviction that taking the time to develop products is of the utmost importance.

The former professional musician asserts that the finished result of his work is of a higher caliber compared with other replicas of famous models.

The only difference between other companies’ instruments and Park’s is the quality of the wood and the method of processing metal, he said. The instrument maker believes that world-famous musicians love to use his products because they trust the quality of his work.

Park points out that his goal in life as an instrument maker is to produce masterpieces, just like Chanel or Louis Vuitton do with clothing, and he said he will not stop striving to ensure that his instruments produce the best sounds, even though he has already achieved wide recognition. The instrument maker added that he is proud to manufacture goods that last forever.