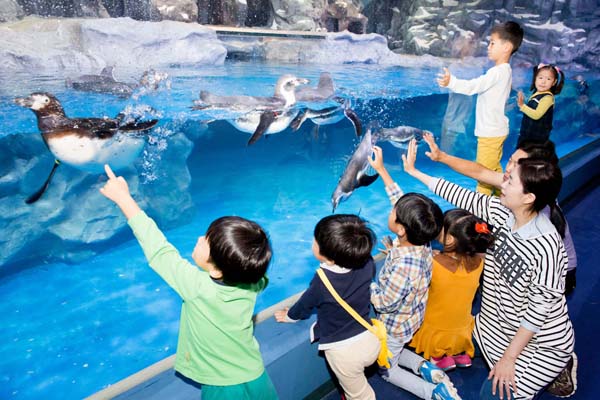 Lotte Group opened an aquarium yesterday in its new tower in Jamsil District, southern Seoul. It is now the largest marine observatory in Korea’s capital.

The Lotte World Aquarium houses approximately 55,000 sea creatures from 650 different species. And to stand out from the others in the country, Lotte has brought in three Beluga whales, a breed of white mammal found in the Arctic.

The aquarium houses a laboratory where professionals can study sea creatures. In a nook made to look like a research lab in the facility’s lower level, visitors can view different types of jellyfish in smaller water tanks and use microscopes to study their cells.

The aquarium will also host lectures by experts on how scientists study sea creatures.